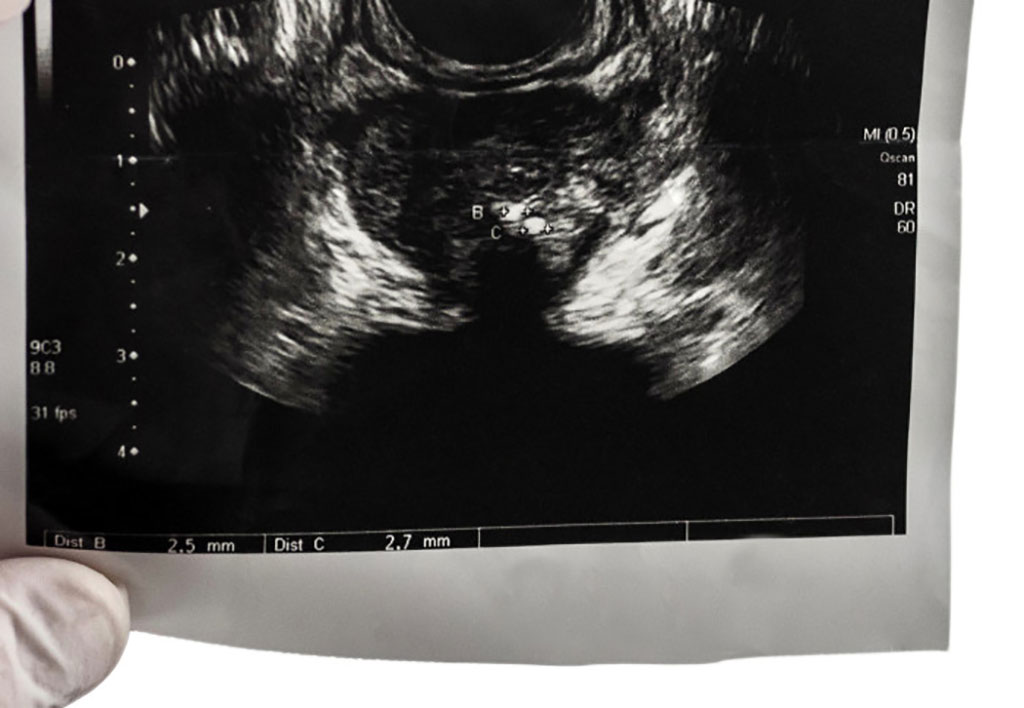 An ultrasound scan can be used to detect cases of prostate cancer, according to new research.

Researchers at the Imperial College London (London, UK) have found that a new type of ultrasound scan can diagnose most prostate cancer cases with good accuracy in a clinical trial involving 370 men. The ultrasound scans missed only 4.3% more clinically important prostate cancer cases – cancer that should be treated rather than monitored – compared to magnetic resonance imaging (MRI) scans currently used to detect prostate cancer. The team believes that an ultrasound scan should be used as a first test in a community healthcare setting and in low and middle income countries which do not have easy access to high quality MRI scans. They say it could be used in combination with current MRI scans to maximize cancer detection.

One of the main methods to diagnose prostate cancer is a special type of MRI scan called a multi-parametric MRI (mpMRI) scan, which helps doctors see if there is any cancer inside the prostate and how quickly the cancer is likely to grow. However, the scan takes 40 minutes and is expensive. The new study looked at the use of a different kind of imaging called multiparametric ultrasound (mpUSS), which uses sound waves to look at the prostate. The test involves the use of a probe called a transducer to make the images of the prostate. It is placed into the rectum and it sends out sound waves that bounce off organs and other structures. These are then made into pictures of the organs.

The doctor doing the test also uses extra special types of ultrasound imaging that look at how stiff the tissue is and how much blood supply tissue has. These are called elastography, doppler and contrast-enhancement with microbubbles. As cancers are more dense and have greater blood supply, they show up more clearly. Although mpUSS is more widely available than mpMRI there has been no large-scale studies to validate its effectiveness as a test to detect prostate cancer cases.

In the new trial, called cancer diagnosis by multiparametric ultrasound of the prostate (CADMUS), the team recruited 370 men at risk of prostate cancer. They were identified following initial tests such as a prostate-specific antigen (PSA) test– a blood test to help detect prostate cancer – and/or an abnormal digital rectal examination - a test that examines a person's lower rectum, pelvis, and lower belly. The men were given both mpUSS and mpMRI scans at separate visits. This was then followed by biopsies - which involves using thin needles to take small samples of tissue from the prostate to analyse under a microscope to check cancer – for 257 patients who had a positive mpUSS or mpMRI test result. The team then compared the results from the tests.

“MRI scans are one of the tests we use to diagnose prostate cancer. Although effective these scans are expensive, take up to 40 minutes to perform and are not easily available to all. Also, there are some patients who are unable to have MRI scans such as those with hip replacements or claustrophobia fears. As cancer waiting lists build as a result of the COVID-19 pandemic, there is a real need to find more efficient and cheaper tests to diagnose prostate cancer,” said Professor Hashim Ahmed, lead author of the study and Chair of Urology at Imperial College London. “Our study is the first to show that a special type of ultrasound scan can be used as a potential test to detect clinically significant cases of prostate cancer. The can detect most cases of prostate cancer with good accuracy, although MRI scans are slightly better. We believe that this test can be used in low and middle income settings where access to expensive MRI equipment is difficult and cases of prostate cancer are growing.”