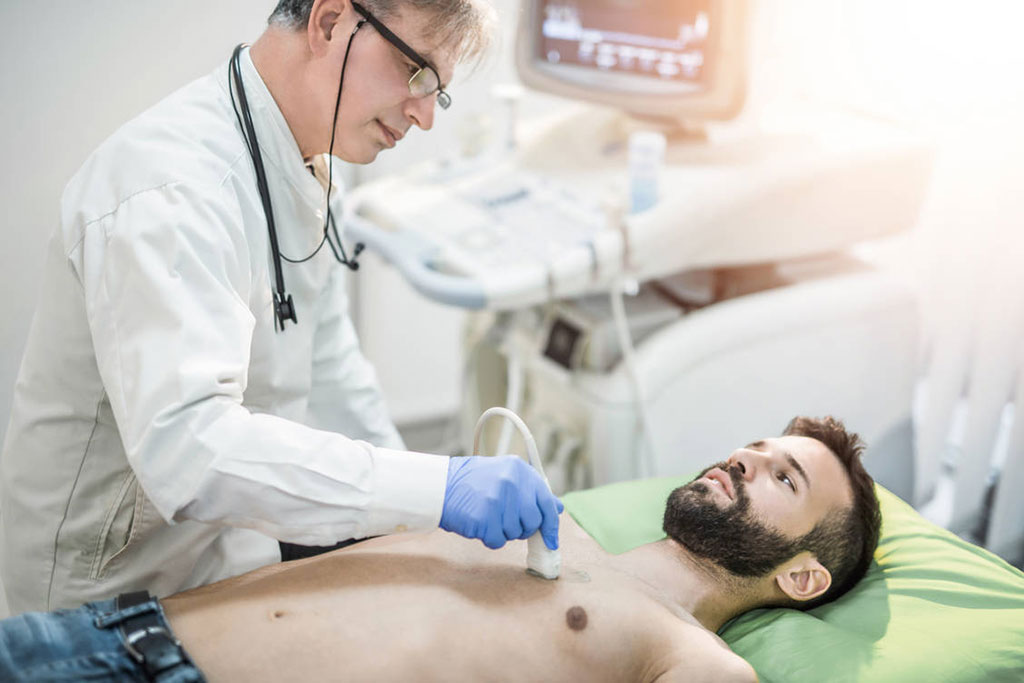 Developed by researchers at the University of North Carolina (UNC; Chapel Hill, USA) and North Carolina State University (NCSU; Raleigh, USA), the innovative lung assessment method uses ultrasound transducer data to map the micro-architecture of lung parenchyma. A smart computational model extrapolates the multiple scattering echoes of the ultrasound waves to calculate the density of healthy alveoli in the lungs, and in turn offer a quantitative assessment of idiopathic pulmonary fibrosis (IPF) tissue in the lungs, as well as PE levels.

In order to verify the hypothesis that in a fibrotic lung, the thickening of the alveolar wall reduces the amount of air, thus minimizing scattering events, the researchers induced IPF in Sprague-Dawley rats by instilling bleomycin into the airway. After three weeks, a 128-element linear array transducer operating at 7.8 MHz was used to evaluate mean free path level and backscatter frequency shift (BFS). The results showed significant differences between control and fibrotic rats in both values. The study was published on October 15, 2020, in IEEE Transactions on Ultrasonics, Ferroelectrics, and Frequency Control.

“Automated quantitative assessment would allow the technology to be used by personnel with minimal training, and would allow healthcare providers to compare data across time. Caregivers would be able to tell if a patient’s edema is getting better or worse,” said co-senior author Marie Muller, PhD, of NCSU. “Being able to monitor pulmonary edema in patients with heart failure would also be very useful. This is often done by assessing fluctuations in a patient’s body weight in order to estimate how much fluid has collected in the patient’s lungs, which is not as specific as we’d like it to be.”

The speed at which sound waves propagate within tissue is determined by the density and stiffness of the tissue, rather than by characteristics of the sound waves themselves, and is inversely proportional to tissue density and directly proportional to stiffness of the tissue; i.e., the denser the tissue, the slower the propagation velocity, while the stiffer the tissue, the higher the velocity. Propagation speed is slowest through air and fat, and fastest through muscle and bone. Ultrasound propagation in a highly scattering regime follows a diffusion process.