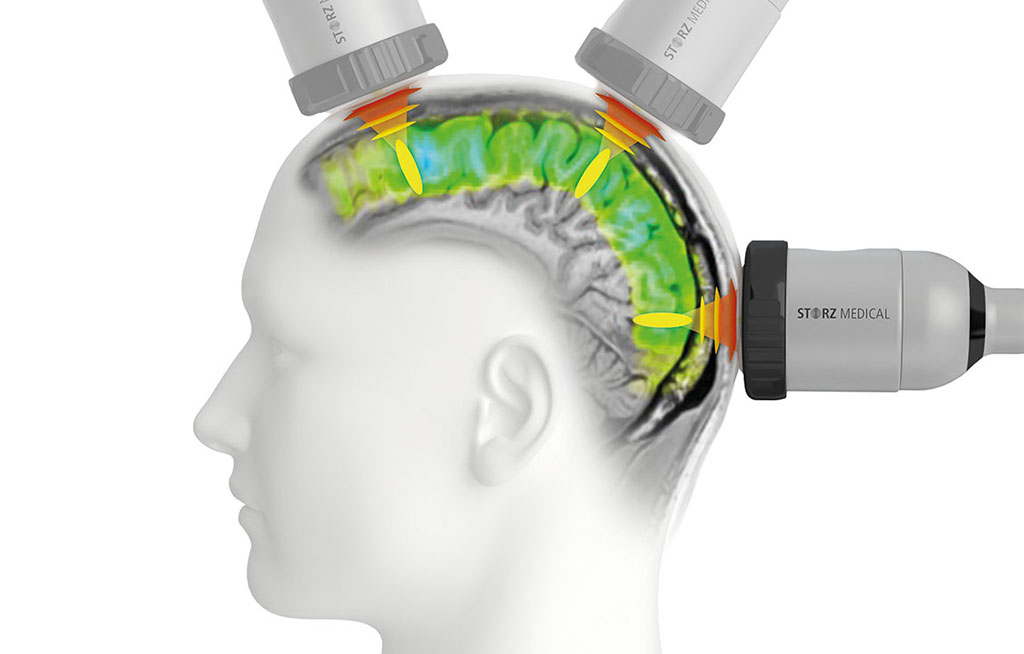 Developed at the Medical University of Vienna (MedUni; Austria), Storz Medical (Tägerwilen, Switzerland), the Center for Movement Disorders (Bad Krozingen, Germany), transcranial pulse stimulation (TPS) is a clinical sonication technique based on ultrashort ultrasound pulses which markedly differ from existing focused ultrasound techniques, as the pulse emitted by the ultrasound device is 3-5 mm wide, and approximately three cm long. An accurate "map" is first of all made of the patient's brain using magnetic resonance imaging (MRI).

The TPS pulse causes short-term membrane changes in the brain cells, affecting the concentration of transmitters and other biochemical substances. This results in activation of brain neurons and the development of compensatory networks that improve brain function. In a clinical pilot study involving 35 patients with AD, neuropsychological scores improved significantly after TPS treatment, and the improvement lasted up to three months, correlating with an upregulation of the memory network, as evidenced by functional MRI (fMRI) data. The study was published on December 23, 2019, in Advanced Science.

“For the first time in the world, TPS enables us to penetrate into all areas of the brain by means of an ultrasound pulse delivered directly to the skull in a non-invasive, painless procedure, during which the patient is fully conscious, and to specifically target particular areas of the brain and stimulate them,” said lead author Roland Beisteiner, MD, of MEdUni. “It is like starting up an old engine again. Those neurons that are still activatable show marked improvements after the procedure. The decline in performance is slowed down.”

TPS was delivered using the Storz Neurolith system using an ergonomic handpiece that minimizes hand fatigue, facilitating treatment when working directly on the patient. A coupling surface adapts to any shape of head, making the treatment with focused pulses simple and efficient. Biological effects of TPS include increased cell permeability, stimulation of mechanosensitive ion channels, release of nitric oxide (which leads to vasodilation), increased metabolic activity, stimulation of vascular growth factors (VEGF 3 and 4).