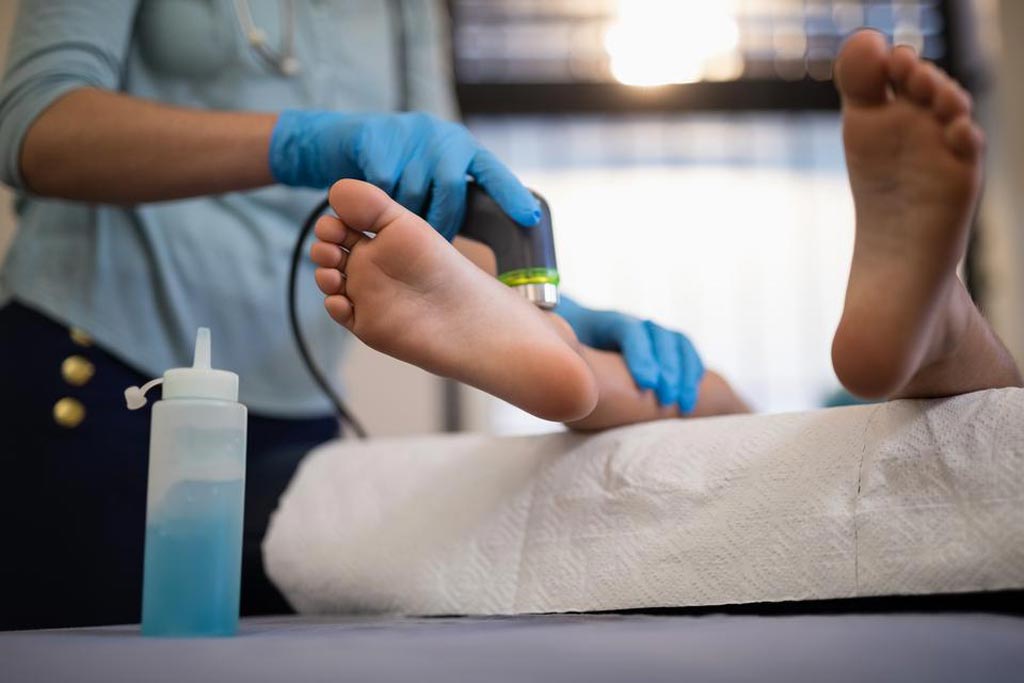 Image: Research suggests that ultrasound may be used to evaluate osteoporosis (Photo courtesy of iStockImage).
A novel ultrasound technique can provide a non-invasive way of evaluating osteoporosis risk by assessing microscale bone structure.

Researchers at North Carolina State University (NC State; Raleigh, USA) and Charité University Medicine (Charité; Berlin, Germany) conducted a numerical computational study to investigate the effect of cortical bone pore size and density on the acoustic diffusion constant of ultrasound multiple scattering. To do so, finite-difference time-domain simulations were conducted in cortical microstructures derived human proximal femur cross-sections, and modified by controlling the density and size of the pores. To do so, Gaussian pulses were transmitted, and the signals were recorded to obtain the backscattered intensity.

The incoherent contribution of the backscattered intensity was then extracted to give access to the diffusion constant. The researchers found that at 8 MHz, significant differences were observed in media with different porous micro-architectures, with the diffusion constant monotonously influenced by either pore diameter or pore density. An increase in pore size and pore density resulted in a decrease in the diffusion constant, suggesting the potential of the proposed technique for the characterization of cortical microarchitecture. The study was published on August 8, 2019, in The Journal of the Acoustical Society of America.

“We are at least years from clinical applications, but if the results hold up, we may have a way to monitor patients on a regular basis to determine the health of the bone,” said corresponding author Marie Muller, PhD, of the department of mechanical and aerospace engineering at NC State. “That means people can track their potential risk for osteoporosis without having to worry about the radiation exposure associated with X-rays. In addition, the technique could help researchers and health care providers determine the effect of osteoporosis treatment efforts.”

“One thing that's exciting about these techniques is that we've taken one of ultrasound's shortcomings and turned it to our advantage,” concluded Dr. Muller. “The shortcoming is the fact that ultrasound cannot give us clear images when used in complex media, such as bone. That's because the ultrasound waves bounce all over the place in these complex environments, making it impossible to calculate how far they've traveled.”

Long bones consist of a trabecular core and an outer compact cortical bone shell. The latter is highly dense, but is pervaded by elongated pores, which results in a porosity ranging between 3% and 28%. It has been previously shown that bone elastic modulus, toughness, and impact energy absorption capacity decrease as cortical porosity increases.