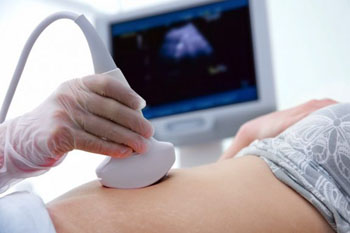 Researchers at the University of Washington (UW; Seattle, USA), Seattle Children's Research Institute (SCRI; WA, USA), and other institutions conducted a retrospective analysis study to assay for a possible relationship between the severity of ASD symptoms, ultrasound exposure during the first trimester of pregnancy, and fetuses with a genetic predisposition to ASD, as manifested by copy number variations (CNVs).

The results showed that male children with ASD, CNVs, and exposure to first trimester ultrasound had significantly decreased non-verbal IQ and increased repetitive behaviors, when compared to male children with ASD, with CNVs, but without ultrasound exposure. According to the researchers, the data suggests that heterogeneity in ASD symptoms may result, at least in part, from exposure to diagnostic ultrasound during early prenatal development of children with specific genetic vulnerabilities. The study was published on September 1, 2016, in Autism Research.

“There has been a real struggle in why there are so many kids with autism. Where does this disorder develop? How do kids get autism? And the second question is why are kids with autism so different from each other?” said lead author Sara Webb, PhD, a researcher in psychiatry and behavioral sciences. “This study really looks at the second question. Within kids with autism, what are some of the factors that may result in a child having a good outcome or higher IQ or better language or less severity versus a child who maybe takes more of a hit and continues to struggle throughout their lifespan?”

“U.S. Food and Drug Administration (FDA) guidelines currently recommend that diagnostic ultrasound only be used for medical necessity. I believe the implications of our results are to bolster the FDA guidelines,” said corresponding author professor of neurological surgery Pierre Mourad, MD, who specializes in translational research on ultrasound and the brain. “The results are about the first trimester of pregnancy; data looking at the effect of ultrasound on the second and third trimester showed no link.”

The prevalence of ADS continues to rise, and according to the U.S. Centers for Disease Control and Prevention (CDC, Atlanta, GA, USA), an estimated 1 in 68 children in the United States is identified with ADS, and it is almost five times more common among boys than girls. One of the hypothesized reasons is that since serotonin is critical to early brain development, exposure during pregnancy to anything that influences serotonin levels can have a potential effect on birth and developmental outcomes.