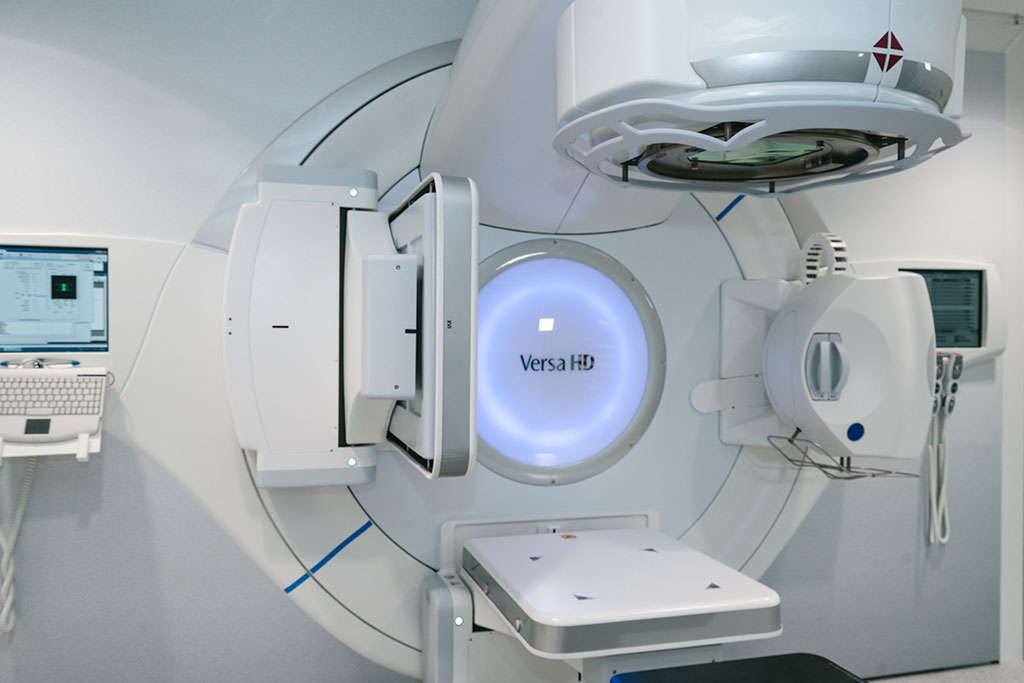 Radiation is used in treatment for hundreds of thousands of cancer patients each year, bombarding an area of the body with high energy waves and particles, usually X-rays. The radiation can kill cancer cells outright or damage them so that they can’t spread. These benefits are undermined by a lack of precision, as radiation treatment often kills and damages healthy cells in the areas surrounding a tumor. It can also raise the risk of developing new cancers. Now, radiation, used to treat half of all cancer patients, can be measured during treatment for the first time with precise 3D imaging. By capturing and amplifying tiny sound waves created when X-rays heat tissues in the body, medical professionals can map the radiation dose within the body, giving them new data to guide treatments in real time. It’s a first-of-its-kind view of an interaction doctors have previously been unable to “see.”

With real-time 3D imaging developed at the University of Michigan (Ann Arbor, MI, USA), doctors can more accurately direct the radiation toward cancerous cells and limit the exposure of adjacent tissues. To do that, they simply need to “listen.” When X-rays are absorbed by tissues in the body, they are turned into thermal energy. That heating causes the tissue to expand rapidly, and that expansion creates a sound wave. The acoustic wave is weak and usually undetectable by typical ultrasound technology. U-M’s new ionizing radiation acoustic imaging system detects the wave with an array of ultrasonic transducers positioned on the patient’s side. The signal is amplified and then transferred into an ultrasound device for image reconstruction. With the images in-hand, an oncology clinic can alter the level or trajectory of radiation during the process to ensure safer and more effective treatments. Another benefit of the technology is it can be easily added to current radiation therapy equipment without drastically changing the processes that clinicians are used to.

“In the future, we could use the imaging information to compensate for uncertainties that arise from positioning, organ motion and anatomical variation during radiation therapy,” said Wei Zhang, a research investigator in biomedical engineering and the study’s first author. “That would allow us to deliver the dose to the cancer tumor with pinpoint accuracy.”

“In future applications, this technology can be used to personalize and adapt each radiation treatment to assure normal tissues are kept to a safe dose and that the tumor receives the dose intended,” said Kyle Cuneo, associate professor of radiation oncology at Michigan Medicine. “This technology would be especially beneficial in situations where the target is adjacent to radiation sensitive organs such as the small bowel or stomach.”