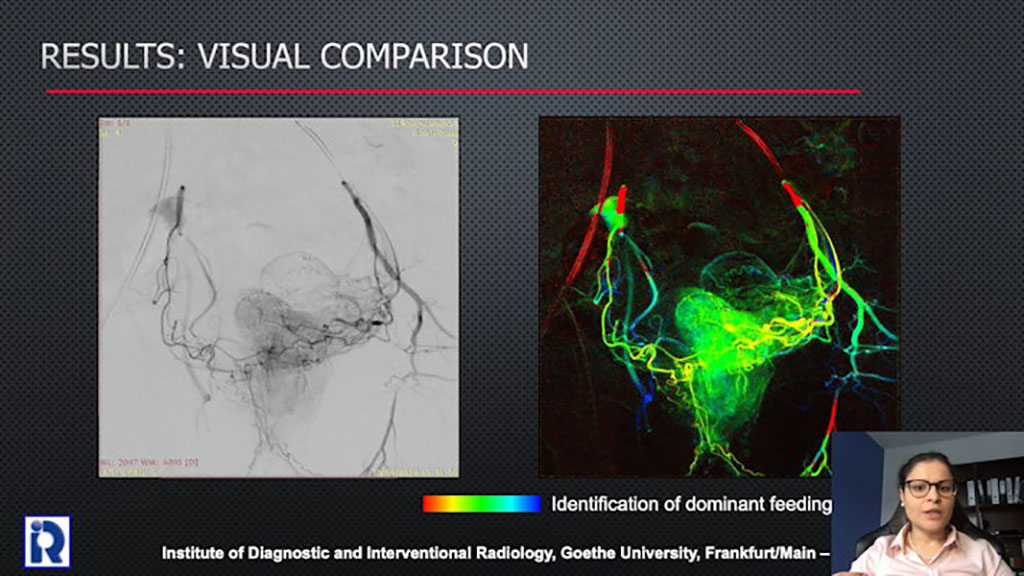 Developed at Goethe University Hospital (KGU; Frankfurt am Main, Germany), digital variance angiography (DVA) uses the same raw series of x-ray images acquired in digital subtraction angiography (DSA), but instead of subtracting the pre-contrast image from the series, DVA applies an algorithm that calculates the variance of each pixel intensity in the series. BY doing so, DVA provides a visual kinetic image of contrast agent distribution in the blood vessels.

To test DVA, the researchers conducted a study in 37 patients (42-82 years of age) who underwent prostatic artery embolization (PAE) at KGU from May to October of 2020. In all, 142 acquisitions were included in the analysis, and DSA and DVA images were generated from the same raw series. Color image processing was added to enhance visualization of the contrast media according to the color spectrum of visible light and calculated CNR values. Three readers evaluated image quality in a randomized blinded survey, using a five-grade-Likert-scale.

The results revealed that the DVA images generated provided 4.1 times higher CNR than the DSA images; the median contrast-to-noise values were 29.5 for DVA and 7.2 for DSA. The DVA images also received significantly higher Likert scores (median value of 4.33) than the DSA images, with a median value of 3.67. The researchers also found DVA could significantly reduce radiation exposure and the amount of iodinated contrast agent required. The study was presented at the RSNA annual meeting, held during November 2021 in Chicago (IL, USA).

“Prostatic artery embolizations require long procedure times and large doses of fluoroscopy contrast agents. The quality reserve of DVA might provide an opportunity for the reduction of radiation exposure and iodinated contrast media,” said study presenter Leona Alizadeh, of the KGU Institute of Diagnostic and Interventional Radiology. “The data in this initial retrospective trial indicate that DVA has significantly higher CNR and enhanced image quality compared to DSA in prostatic artery embolization procedures.”

The PAE procedure blocks the blood flow to the areas of the prostate that are most affected by benign prostatic hyperplasia (BPH), resulting in necrosis and causing the prostate to initially be softer, alleviating some of the pressure that is causing blockage of the urine. Over several months, the body’s immune system reabsorbs the dead tissue and shrinkage of the prostate. Over a six- month period, the prostate will shrink by 20-40%, resulting in improved and less frequent urination. 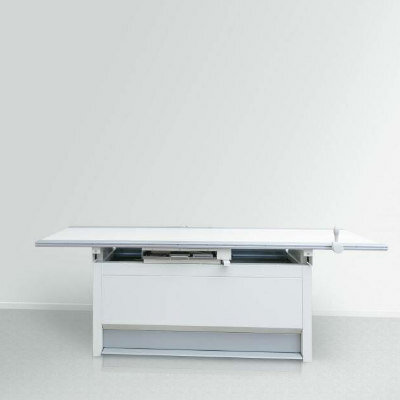