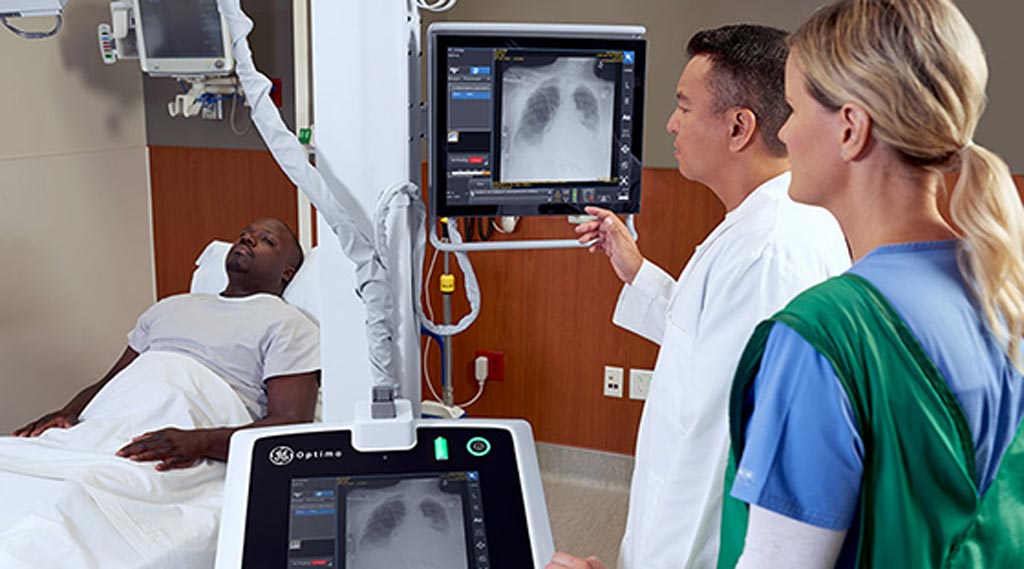 The GE Healthcare (GE; Little Chalfont, United Kingdom) Critical Care Suite is designed to automatically scan images for pneumothorax immediately upon acquisition, without any additional infrastructure or IT networking. Notifications arrive in picture archiving and communication systems (PACS) at the exact same time as the original digital imaging and communications in medicine (DICOM) image, causing no additional delay or processing time, thus enabling the escalation of image review and shorter turn-around times for prioritized cases.

“Since thousands of chest x-rays are taken in a hospital every day, looking for pneumothorax in critical patients is kind of like trying to find a needle in a haystack,” said Rachael Callcut, MD, MSPH, director of data science for the Center for Digital Health Innovation at the University of California, San Francisco (UCSF), who was involved in the development of the Critical Care Suite. “The algorithms themselves are not making diagnoses, but draw everyone's attention to finding something potentially life-threatening for patients.”

Primary spontaneous pneumothorax is an abnormal accumulation of air in the pleural space that can result in the partial or complete collapse of a lung. It is likely due to the formation of small sacs of air (blebs) in lung tissue that rupture, causing air to leak into the pleural space, creating pressure that is manifest as chest pain on the side of the collapsed lung and shortness of breath. Often, people who experience a primary spontaneous pneumothorax have no prior sign of illness; the blebs themselves typically do not cause any symptoms and are visible only on medical imaging. Affected individuals may have one to more than thirty blebs.

Researchers from the ICAI Group -Computational Intelligence and Image Analysis- of the University of Malaga {(UMA) Málaga, Spain) have designed a method that is capable of improving brain images obtained... Read more