The Advent of DR Could Lead to Collimation Creep 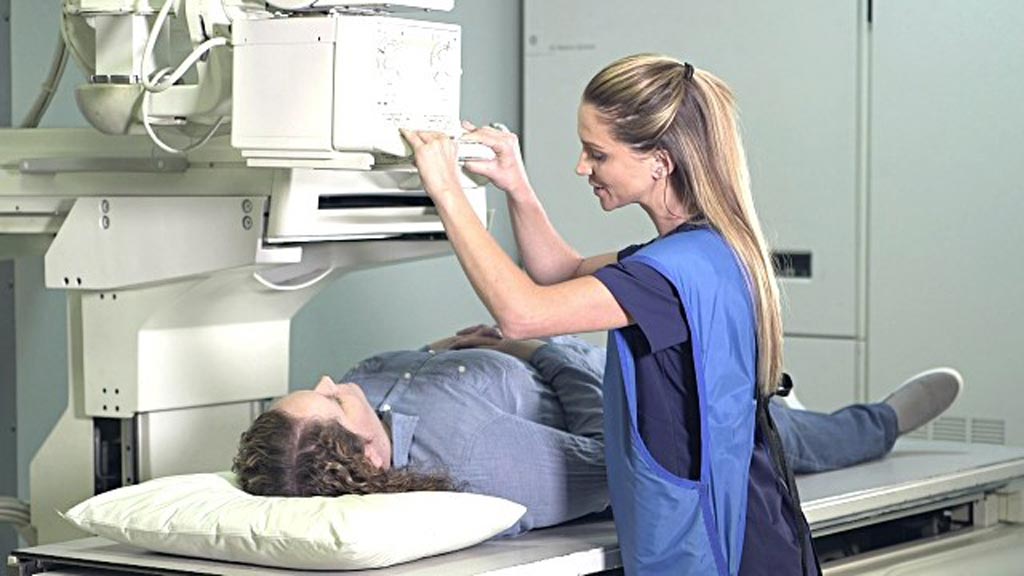 Image: New research asserts that aiming for x-rays with better images can lead to increased exposure (Photo courtesy of Getty Images).
The switch to digital radiography (DR) can result in "dose creep," in which radiation levels slowly increase over time as radiographers try to produce better image quality.

Researchers at the University of Suffolk (Ipswich, United Kingdom) conducted a study to examine two related phenomena: collimation creep and the growing use of digital side markers (DSMs), since they are more prone to error if the digital images are accidentally flipped after acquisition. For the study, the researchers stationed observers within DR suites at two UK National Health Service (NHS) trust hospitals in southeastern England to note how radiographers did their job. The observers recorded the use of image cropping, as well as the placement of DSMs on images.

After exams had been completed, the radiographers were asked about their practices, such as why they chose to crop images after exposure and why they used DSMs rather than anatomical side markers (ASMs). In all, 22 interviews were performed. The observers noted a frequent use of digital image cropping after acquisition, with some radiographers cropping as little as one cm and others cropping as much as five. When asked why, many radiographers said they resorted to cropping to produce images that were aesthetically pleasing, and in some cases to compensate for overcollimation.

The researchers postulated that radiographers were tempted to "open up" collimation during image acquisition and then crop down afterward, the classic definition of collimation creep. A number of radiographers interviewed recognized the problems that image cropping can create, equating the technique with poor practice. The analysis of DSMs showed that most radiographers see no difference between using digital and anatomical markers. The researchers believe this attitude could reflect lack of professionalism, as it ignores the possibility that a digital image could be inadvertently flipped, leaving the marker on the wrong side of the patient. The study was published in the June 2019 issue of the Journal of Medical Imaging and Radiation Sciences.

"The cropping feature enhances the aesthetic appearance of 'a typical x-ray image,' with little attention to increases in ionizing radiation. Findings presented here also highlight the possibility for 'collimation creep' whereby radiographers are tempted to increase collimation within the x-ray room, as it can be cropped post-exposure,” concluded lead author Christopher Hayre, PhD, and colleagues. “It is important that radiographers utilizing the cropping feature post-exposure ideologically disassociate themselves from their picture and remain mindful that patients are likely to be exposed to unnecessary levels of ionizing radiation if inappropriate collimation is practiced.”