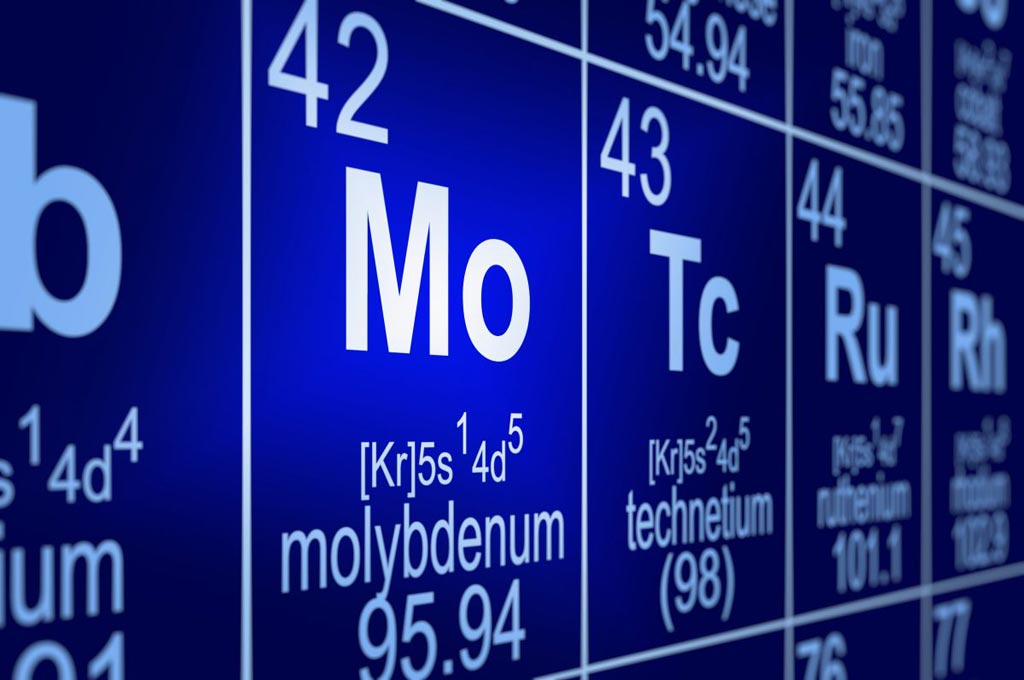 Developed by BGN Technologies (Beer Sheva; Israel), the technique uses the naturally occurring and stable molybdenum-100 (Mo-100) isotope and a linear electron accelerator to generate Mo-99 and technetium-99m (Tc-99m). The molybdenum target acts both as a bremsstrahlung converter for the incident electron beam, and simultaneously as a Mo-99 producing target via the 100Mo(γ,n)99Mo reaction on bremsstrahlung photons. Even higher rates of molybdenum yield could be achieved by optimizing the target geometry.

The same process can also be used to simultaneously generate other short-lived radioisotopes such as 18F, 15O, 13N and 11C, which can be used as byproducts for use in positron emission tomography (PET) scans. The technology was co-developed by Alexander Tsechanski, PhD, from the department of nuclear engineering at Ben-Gurion University (BGU; Beer Sheva, Israel), and D. V. Fedorchenko, PhD, from the National Science Center Kharkov Institute of Physics and Technology (Ukraine).

“Technetium-99m is a metastable nuclear isomer of technetium-99 that is used in tens of millions of medical diagnostic procedures annually, making it the most commonly used medical radioisotope. The need for uranium and a nuclear reactor to produce this radioisotope is creating a shortage of this important substance,” said Zafrir Levy, senior vice president for business development, exact sciences, and engineering at BGN Technologies. “Tsechanski’s innovation offers a more feasible, cost-effective method, using cheaper electron accelerators for generating Mo99/Tc-99m. We are currently looking for partners for further developing and commercializing this important invention.”

The most important medical isotope, Tc-99m, is obtained from the decay of its parent Mo-99, and is used in more than 80% of all nuclear medicine procedures. Mo-99 is packed into source containment vessels and distributed to hospitals, where nuclear medicine specialists can draw off the Tc-99m as needed for about a week. Because of its unstable nature, Mo-99 does not occur naturally and is traditionally produced using nuclear research reactors powered by enriched uranium in Canada, the Netherlands, Belgium, France, Australia, and South Africa.