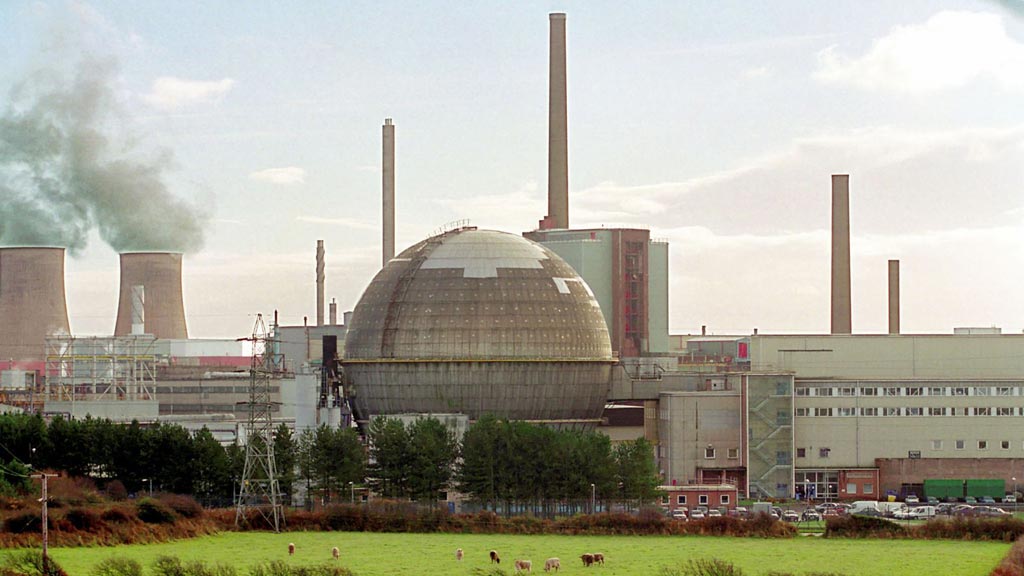 Image: The Sellafield nuclear reprocessing facility in the UK (Photo courtesy of Getty Images).
A new study describes how a mathematical model can be used to build a more reliable picture of early Plutonium workers' radiation exposure.

Developed by researchers at the University of Manchester (United Kingdom), the University of Bristol (United Kingdom), and other institutions, the quantitative methodology, called Job-Exposure Matrix (JEM), uses exposure data from other sources to estimate the average exposure a typical worker employed at the plutonium operations at the Sellafield nuclear reprocessing facility in the UK. The data was used to collate information for specific occupations and years.

The pilot study constructed a population-specific quantitative JEM for 600 early Plutonium workers at Sellafield during 1952–1963, for whom reliable urinalysis results do not exist. As a result, operational protection measures tended to substantially overestimate exposure, which can lead to underestimation of risk if used in future epidemiological analysis. These early Plutonium workers usually received some of the highest radiation exposures, making them important for assessing potential exposure risks, and the JEM model can help researchers calculate health outcomes. The study was published on May 22, 2019, in the Journal of Radiological Protection.

“The JEM approach is a standard exposure assessment methodology for epidemiological studies of chemical and physical occupational exposures, but has seen little use for the assessment of internal radiation exposures,” said senior author Frank De Vocht, PhD, of the University of Bristol. “It involves the estimation of the average exposure level a typical worker in a homogenous exposure group would have received in a given period, assuming the exposures of individual workers in the same group come from the same distribution.”

“The 'exposure analogues' approach developed in this study provides a generic methodological advance that is potentially transferable to other internally exposed workers, and which may permit other epidemiological cohorts to now include significant groups of workers who otherwise might have been excluded due to the lack of reliable exposure information,” concluded Dr. De Vocht. “It's likely that replacing the missing or unreliable exposure data with JEM-derived values in future epidemiological studies could have considerable impact on the risk estimates which can be produced.”

Epidemiological research into Plutonium exposure risks requires they be assessed down to as low a level as technically possible. Urinalysis results are now used with sophisticated biokinetic models of Plutonium absorption, distribution, metabolism and excretion, in conjunction with statistical fitting techniques, to estimate an individual's Plutonium intake over time. These Plutonium intake values and biokinetic models can then be used with dosimetric models to estimate specific organ and tissue doses for epidemiological analyses.