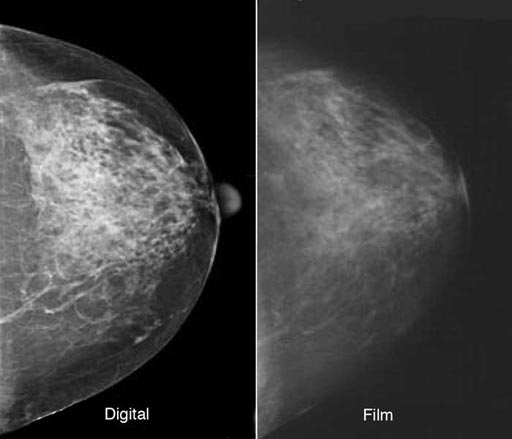 The shift from film to digital mammography also increased the abnormal interpretation rate, and this might lead to more biopsies for benign tumors.

The US Breast Cancer Surveillance Consortium (BCSC) researchers from the University of Vermont Cancer Center published the results of their study online in the February 2017 issue of the journal Radiology. The results showed that cancer detection rates increased to 34.7 per 1,000, from 25.3 per 1,000 in 2005, while the recall rate to perform biopsies increased to 12.6%, from 8.0% in 2005. The researchers also discovered that the Positive Predictive Value (PPV) fell by 4% in the same.

Brian L. Sprague, PhD, lead author of the study, said, “Our goals in this study were to produce benchmarks that individual radiologists and breast imaging facilities can use to compare with their own practices and to convey trends in how the metrics have changed over the past 10 to 15 years. While the improvements in cancer detection rates are encouraging, the increased abnormal interpretation rate is somewhat troubling in that we’re trying to keep this rate down. The results of the study highlight specific areas where quality improvement initiatives should focus. Overall, there is a lot of good performance out there, but there are definitely areas for improvement in positive predictive value and abnormal interpretation rate."