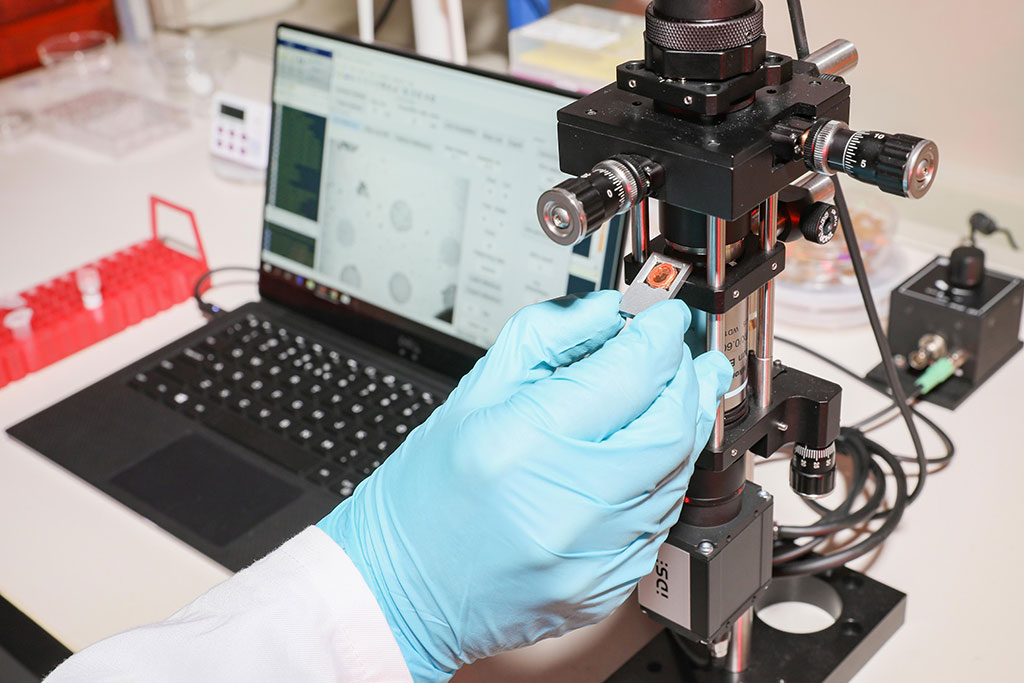 Developed at Ecole Polytechnique Fédérale de Lausanne (EPFL; Switzerland), Hospital Universitari Vall dHebron (Barcelona, Spain), and Universitat Autònoma de Barcelona (UAB, Spain), the new device employs a gold-based metasurface that concentrates light around billions of nanoholes. Nanoparticles that capture the sepsis biomarkers procalcitonin (PCT) and C‐reactive protein (CRP) are distributed on the metasurface, and those that have captured biomarkers are trapped in the nanoholes. When an LED is applied, they partially obstruct the light passing through the perforated metasurface, allowing detection with a CMOS camera.

In field studies with a wide range of patient samples with sepsis, noninfectious systemic inflammatory response syndrome (SIRS), and healthy subjects, the device achieves an outstanding limit of detection of 21.3 pg mL−1 for PCT and 36 pg mL−1 for CRP. The results were validated against clinical diagnosis and currently used immunoassays, providing a performance level equivalent to the gold‐standard laboratory tests. Importantly, the plasmonic imager can enable identification of PCT levels typical of sepsis and SIRS patients in less than 15 minutes. The study was published on January 23, 2020, in Small.

“The device proved to be particularly suitable for on‐site operation due to its portability, inexpensive off‐the‐shelf optical components, and because it does not involve any moving parts or complex microfluidic elements prone to clogging,” concluded lead author Alexander Belushkin, PhD, of the EPFL Institute of BioEngineering, and colleagues. “Importantly, the sensor chips and bioassay reagents can be stored in the fridge stably over weeks and unlike previously reported optical detection schemes, do not require fluorescent tags that can be expensive, unstable, and difficult to produce.”

Sepsis is the primary cause of death in hospitals, and one of the ten leading causes of death worldwide, claiming a life every four seconds. It is associated with the body's inflammatory response to a bacterial infection and progresses extremely rapidly: every hour that goes by before it is properly diagnosed and treated increases the mortality rate by nearly 8%. Time is critical with sepsis, but the tests currently used in hospitals can take up to 72 hours to provide a diagnosis.