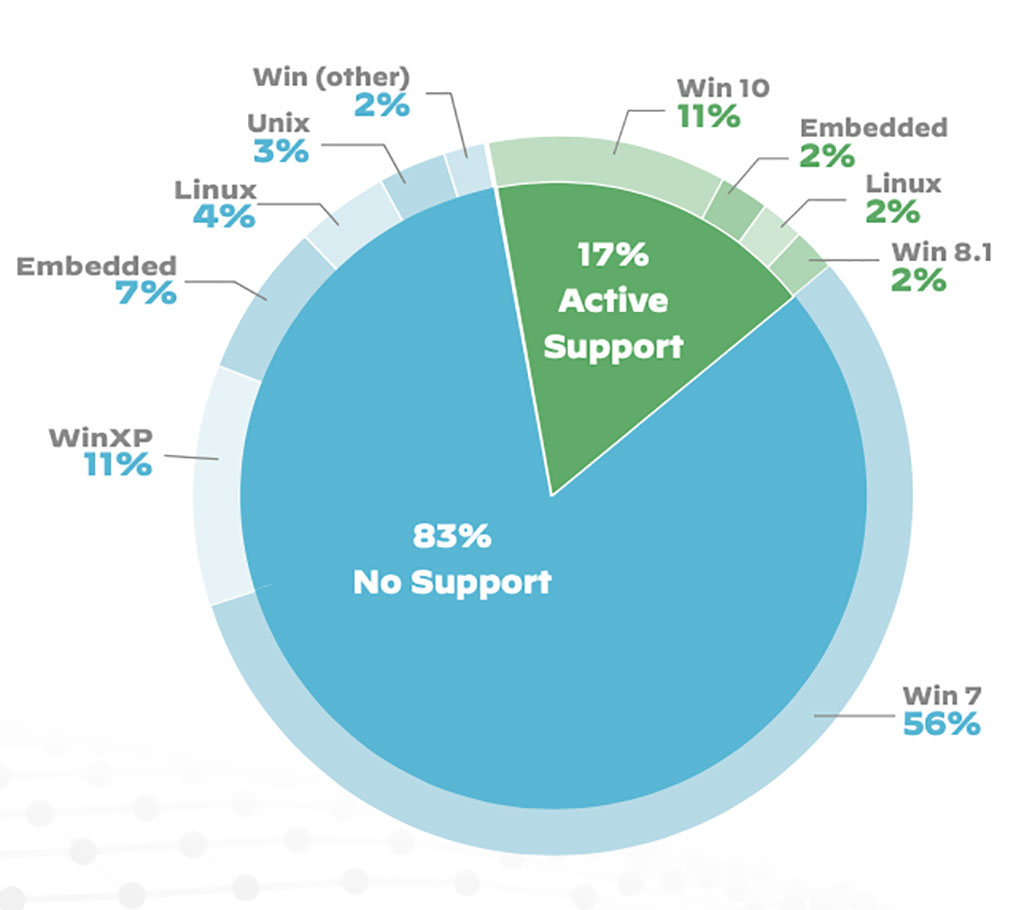 The study showed that 51% of all threats in healthcare organizations involve imaging devices, disrupting quality of care and allowing attackers to exfiltrate patient data stored on these devices. This is mainly due to the fact that 83% of medical imaging devices are running on unsupported operating systems, and therefore not receiving any more software updates. This reflects a 56% increase from 2018, mostly as a result of the Microsoft (Redmond, WA, USA) Windows 7 operating system reaching its end of life.

The researchers also found that 72% of healthcare networks mix IoT and IT assets, allowing malware to spread from users’ computers to vulnerable IoT devices on the same network. In addition, a majority of hospitals fail to maintain a significant number of sub-networks to separate devices within their facilities. Without such separation, hackers can access medical imaging devices with unpatched operating system bugs and exploit them to bore even deeper into the system. Outdated operating system vulnerabilities also put devices at risk for infection by any indiscriminate worm that infects all manner of networked computers.

“Windows 7 has been a stable operating system for a lot of people for a long time and that’s what folks look for when they’re building an IoT device. It’s just that, eventually, operating systems go out of support,” said Ryan Olson, vice president of threat intelligence at Palo Alto Networks. “Windows 7 has been out in the market for a long time and people have known this was coming for a while, but updating IoT devices in general, including medical IoT devices, is challenging for a lot of organizations.”