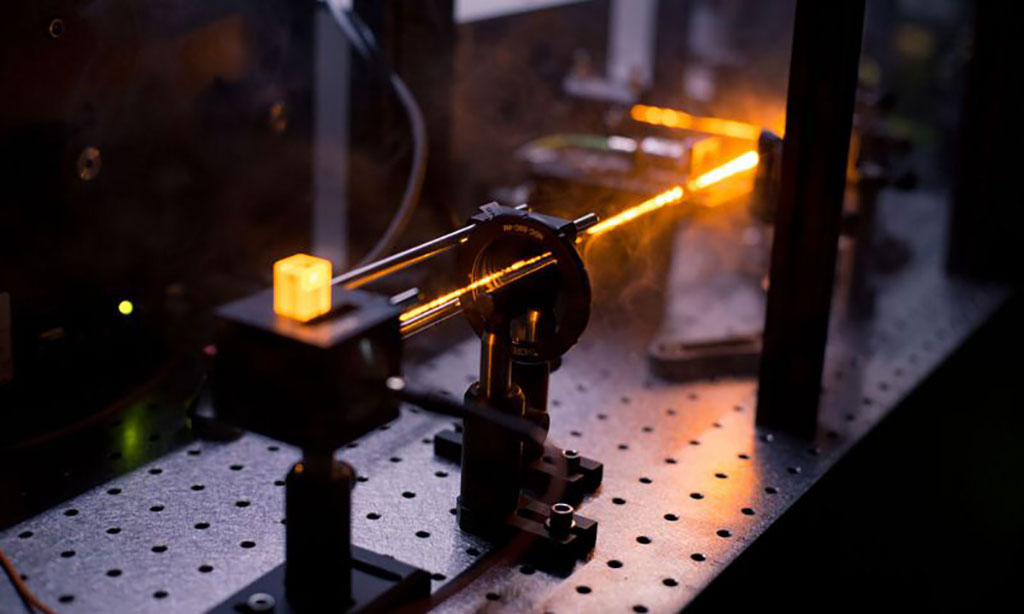 Diamond is already used for sensing magnetic fields, where the amount of light that comes from quantum defects in the diamond changes with the strength of the magnetic field. The problem with today’s approach is that most of that light is lost. Now, an international research team has developed a laser-based diamond sensor that can measure magnetic fields up to 10 times more precisely than standard techniques. The innovation could help improve on existing magnetic-field sensing techniques for mapping brain activity to identify disorders.

Today’s magnetoencephalography, or MEG, technology is very sensitive, but also bulky, expensive to install and needs to operate at ultra-cold temperatures with liquid helium and patients must remain still.  MEG technology based on the new diamond-laser sensor developed jointly by scientists at the Fraunhofer Institute for Applied Solid State Physics (IAF, Freiburg, Germany) and RMIT University (Melbourne, Australia) would be much smaller than today’s devices, would operate at room temperature and could be fitted to patients who can move around. With this, scientists have taken a promising step towards a new generation of accurate, affordable and portable devices to detect concussion, epilepsy and dementia. With sufficient funding and collaboration with industry, a proof-of-concept device using the new sensor could be developed within five years.

“Our breakthrough was to make a laser from the defects,” said Professor Andrew Greentree, an RMIT expert in diamond sensing technology. “By collecting all the light – instead of just a small amount of it – we can detect the magnetic field 10 times more precisely with our sensor compared with current best practice.”

“Current MEG machines are huge devices, with dedicated facilities, and they require magnetic shielding around them as well,” added Greentree. “We really want to have something that we can place on a patient's head and we want them to be able to move around – and there’d be no need for expensive liquid helium to operate such a device.”