Gold Fujirebio is a global leader in the field of IVD testing with more than 50 years’ experience in the conception, devel... read more Featured Products: 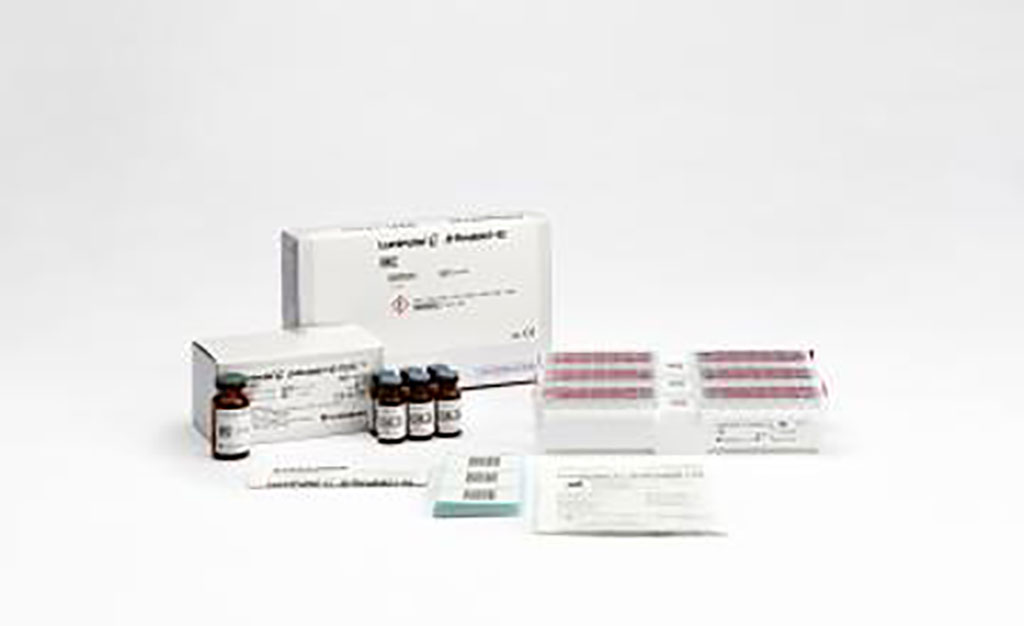 Alzheimer’s disease (AD) is a leading cause of disability and death, but current diagnostic methods are limited. AD develops over many years, long before symptoms are evident, but the lack of accessible diagnostics results in many patients remaining undiagnosed until the disease is well advanced, when few effective interventions remain. A key feature of AD is the presence of β-Amyloid plaques in the brain. β-Amyloid plaques are believed to contribute to the loss of cognitive function that characterizes AD, but accurately evaluating amyloid pathology has been difficult. Clinicians have relied primarily on cognitive assessments, including standardized cognitive screening tests. However, in early stages of the disease, a diagnosis of AD relying primarily on cognitive tests has been shown to be incorrect in approximately 50-60% of patients. Now, a new in vitro diagnostic (IVD) test for the assessment of β-Amyloid pathology in patients being evaluated for AD offers an alternative to the current standard for determining amyloid-pathology, amyloid positron emission tomography (PET) brain imaging which is expensive, subjective and time consuming.

The Lumipulse G β-Amyloid Ratio (1-42/1-40) test from Fujirebio Diagnostics, Inc. (Malvern, PA, USA) is an accurate, minimally invasive, accessible measure of β-Amyloid that can detect the formation of amyloid plaques early in the disease. It is intended for use in adult patients aged 55 years and older presenting with cognitive impairment who are being evaluated for Alzheimer’s disease and other causes of cognitive decline. The β-Amyloid Ratio test measures the concentrations of β-Amyloid 1-42 and β-Amyloid 1-40 in the CSF to calculate a numerical ratio as a proxy for the presence of β-Amyloid plaque in the brain.

Fujirebio has been granted De Novo marketing authorization by the U.S. Food and Drug Administration (FDA) for the company’s Lumipulse G β-Amyloid Ratio (1-42/1-40) IVD test for the assessment of β-Amyloid pathology in patients being evaluated for Alzheimer’s disease (AD) and other causes of cognitive decline. The test, which was granted Breakthrough Device Designation by the FDA, is the first FDA-authorized in vitro diagnostic test in the U.S. to aid in the assessment of Alzheimer’s disease and other causes of cognitive decline.

“FDA authorization of the Lumipulse G β-Amyloid Ratio (1-42/1-40) test and the upcoming U.S. launch are important milestones in the campaign to transform AD into a manageable disease,” said Monte Wiltse, President and CEO at Fujirebio Diagnostics, Inc. “Patients, physicians and families now have a valuable new tool to help identify those individuals whose early symptoms may be indicative of AD, providing the opportunity to adopt life style changes and potentially to access new therapies aimed at slowing or stopping disease progression. FDA authorization of this first IVD biomarker test reflects our ongoing commitment to working with the healthcare community and AD advocates to achieve significant progress against this devastating disease.”

“The development of accurate tests for AD using biomarkers found in the CSF or other bodily fluids is a requirement if we are to make real progress against this dreaded disease,” added William Hu, MD, PhD is Chief, Division of Cognitive Neurology at Robert Wood Johnson Medical School and Principal Investigator of the Hu Lab, which focuses on researching fluid biomarkers for AD and other neurodegenerative disorders. “The importance of early diagnosis in AD is widely acknowledged, but until now, there has been no approved biomarker test available to clinicians and patients. FDA authorization of the Fujirebio β-Amyloid Ratio test is a significant advance that marks the advent of a new era, facilitating more efficient clinical trials for new AD therapies and enabling patients and their doctors to make more informed decisions and take action much earlier in the disease process.”