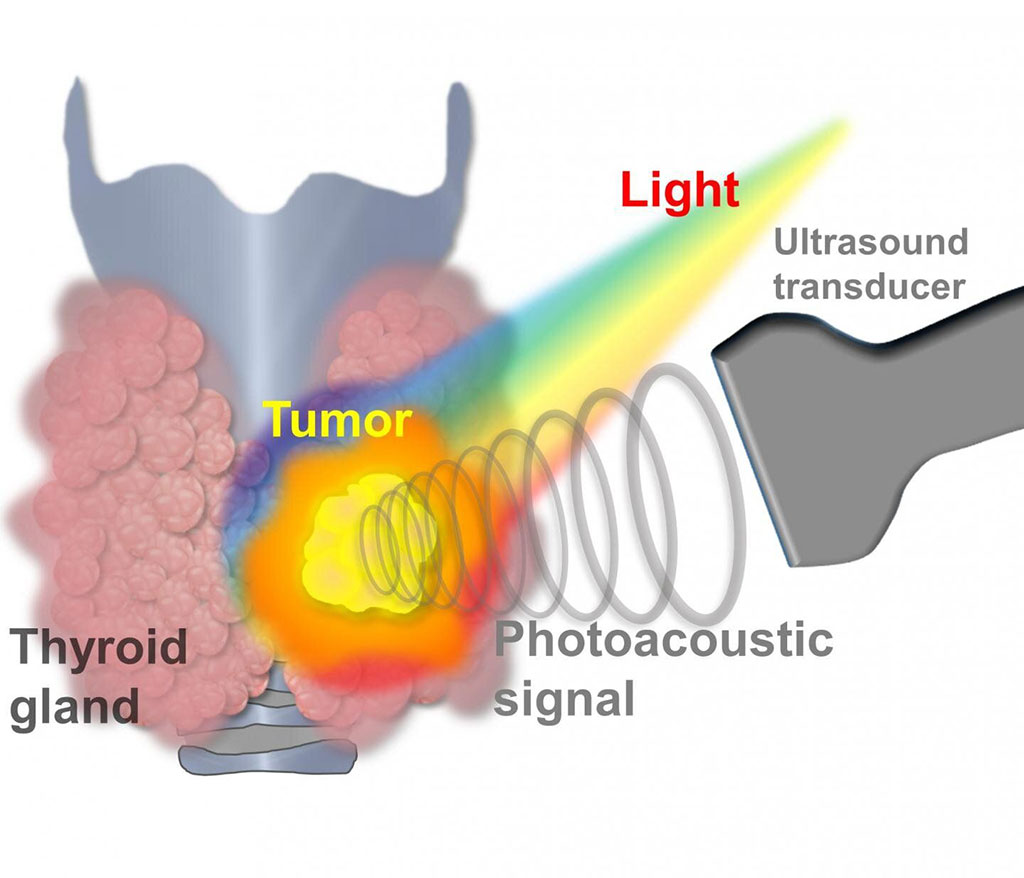 The results showed that when compared to known histopathology results of the excised nodules, sensitivity to classify malignancy was 78% and specificity to classify as benign was 93%. When the researchers kept sensitivity at 100% in a subsequent analysis, specificity reached 55%, which was about three times higher than the specificity of 17.3% found in the initial examination of thyroid nodules when using conventional ultrasound. The study was published on June 18, 2021, in Cancer Research.

“The ultrasonic device based on photoacoustic imaging will be helpful in effectively diagnosing thyroid cancer, commonly found during health checkups, and in reducing the number of biopsies,” said senior author Professor Dong-Jun Lim, MD, of St. Mary's Hospital, part of Catholic University of Korea. “It can be developed into a medical device that can be readily used on thyroid nodule patients.”

PA imaging uses non-ionizing laser pulses delivered into biological tissues. Some of the delivered energy is absorbed and converted into heat, leading to a transient thermoelastic expansion that causes wideband ultrasonic emission, which can be detected by ultrasonic transducers and analyzed to produce images. The magnitude of the PA signal is proportional to local energy deposition, which can be demonstrated by optical absorption contrast on the images of the targeted areas.