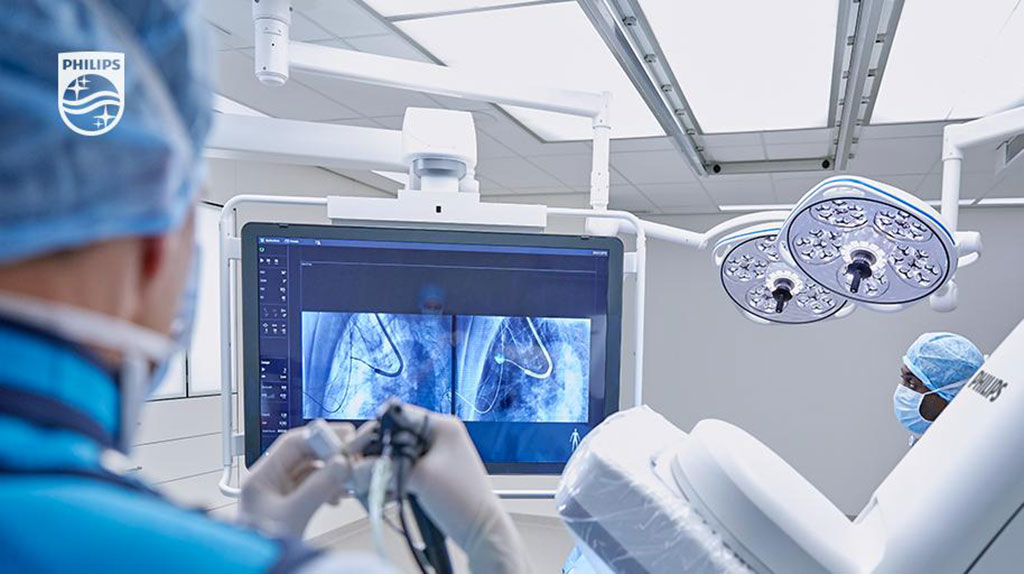 The Azurion image guided therapy (IGT) system integrates control of imaging, physiology, hemodynamic, and informatics applications, as well as fully automatic, intuitive, position control of the gantry and table, including a wide range of stored parameters. This allows control of all compatible applications from a single touch screen interface, eliminating the need for clinicians to leave the sterile field and step into an adjacent control room, as well as supporting faster and better informed decision making.

“This is a very exciting time in the world of interventional pulmonology and advanced bronchoscopy. One of the things that we’re particularly excited about is being able to diagnose patients, stage their cancer and treat them, all in a single procedure,” said Michael Pritchett, MD, director of the chest center at FirstHealth Moore Regional Hospital (Pinehurst, NC, USA). “As a diagnostic bronchoscopist it’s exciting and rewarding to be able not only to diagnose patients, but to go on to treat them as well.”

During CBCT, the region of interest is centered in the field of view. A single 200 degree rotation acquires a volumetric data set which is used to produce a digital volume composed of 3D voxels of anatomical data that can then be manipulated and visualized. CBCT has only recently become practical with the introduction of large-area high-speed digital X-ray imagers, such as hydrogenated amorphous silicon (a-Si:H) based flat-panel detectors.