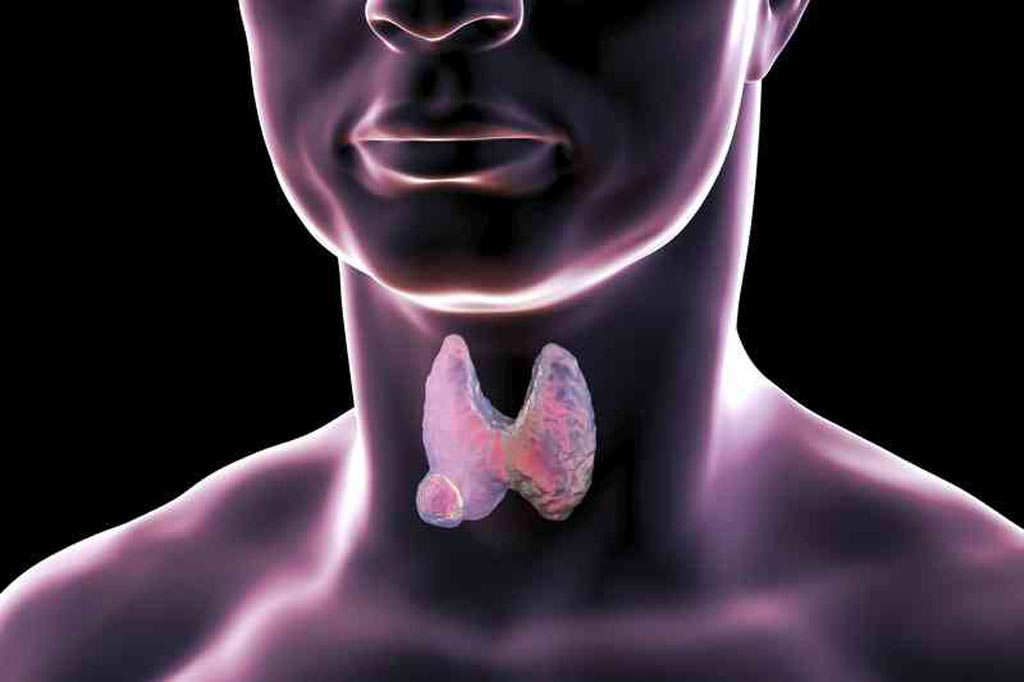 Image: Abnormal thyroid gland with Hashimoto’s disease (L) and a normal gland (R) (Photo courtesy of 123rf.com).
A combination of multispectral optoacoustic tomography (MSOT) and ultrasound can be used for initial evaluation and differential diagnosis of thyroid disorders, according to a new study.

Researchers at University Hospital Münster (UKM; Germany), Munich Technical University (TUM; Germany; www.tum.de), and other institutions conducted a study to evaluate the viability of using hybrid MSOT/ultrasound to image thyroid disorders, such as Graves’ disease and thyroid nodules. Eighteen patients were included in the study: three with Graves' disease, three healthy volunteers, nine with benign thyroid nodules and three with malignant thyroid modules. Thyroid nodules and lobes were resected and imaged from all patients, who also underwent a routine clinical thyroid evaluation.