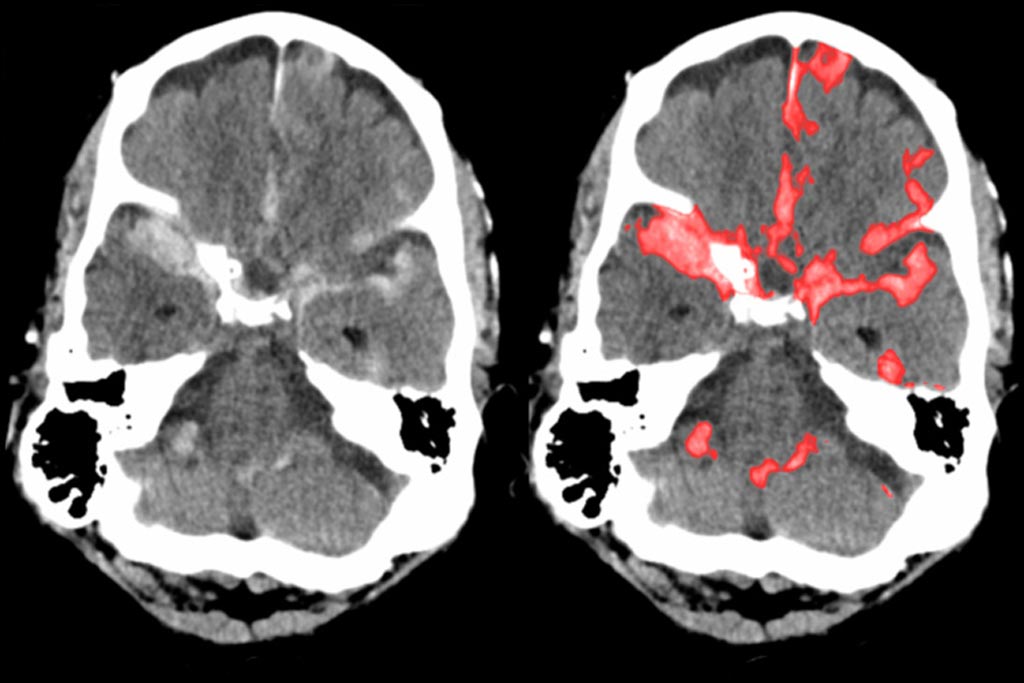 Developed by researchers at the University of California, San Francisco (UCSF; USA), and the University of California Berkeley (UCB; USA), the patch-based fully convolutional network (PatchFCN) works by splitting a computed tomography (CT) scan into smaller patches in order to improve the detection rate of acute intracranial hemorrhage (ICH) on head CT scans. According to the researchers, segmentation offers many advantages, including better interpretability and quantifiable metrics for disease prognosis. In layman terms, hemorrhage is thus defined as “stuff” (e.g. water) rather than “things” (e.g. a car), due to its fluid nature.

Developed using 4,396 head CT scans as a learning model, PatchFCN performance was compared to that of four American Board of Radiology (ABR) certified radiologists on a test set of 200 randomly selected head CTs. The model demonstrated an average precision of 99% for detecting hemorrhages, the highest classification accuracy to date. In addition, PatchFCN provided a detailed tracing of each hemorrhage, highlighting abnormalities directly on the CT itself, helping neurosurgeons to visually confirm the locations of hemorrhages and to judge the need and the approach for surgical intervention. The study was published on October 21, 2019, in PNAS.

“Using a strong pixel-level supervision approach and a relatively small training dataset, we demonstrate an end-to-end network that performs joint classification and segmentation. It demonstrates the highest classification accuracy to date, compared to other deep learning approaches, and also concurrently localizes these abnormalities,” concluded lead author Weicheng Kuo, PhD, of UCB. “We demonstrate that it identifies many abnormalities missed by experts; in addition, we demonstrate promising results for multiclass hemorrhage segmentation, while preserving accurate detection at the examination level.”

Deep learning is part of a broader family of AI machine learning methods based on learning data representations, as opposed to task specific algorithms. It involves CNN algorithms that use a cascade of many layers of nonlinear processing units for feature extraction, conversion, and transformation, with each successive layer using the output from the previous layer as input to form a hierarchical representation.