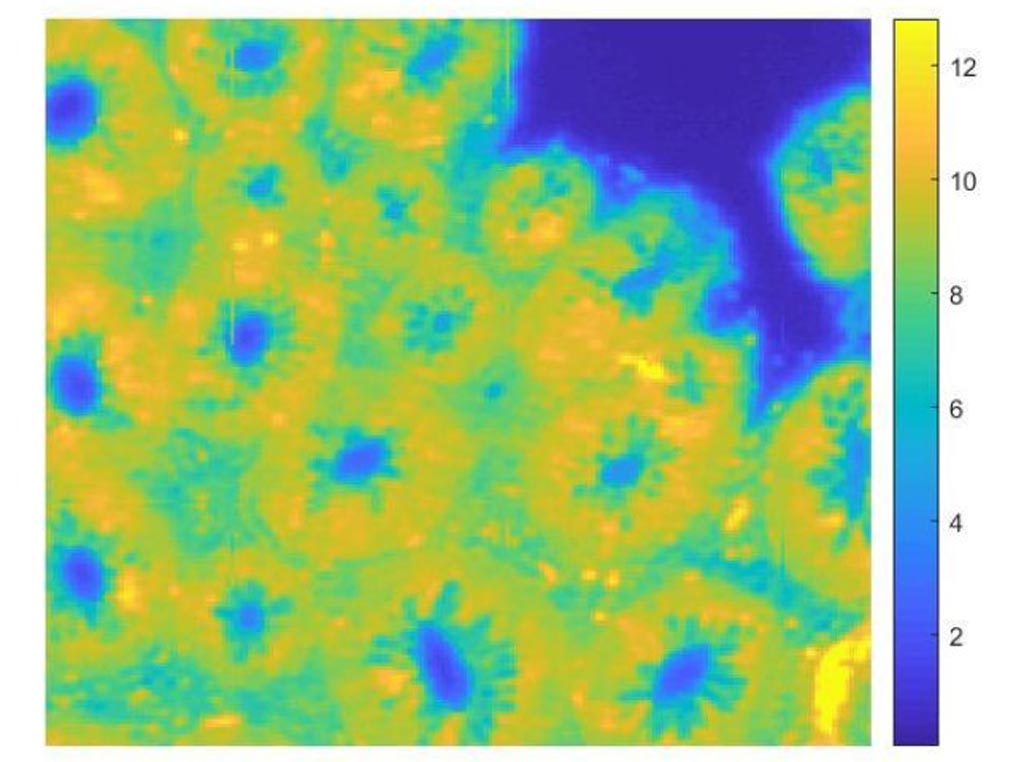 Researchers at Imperial College London (Imperial; United Kingdom) and the University of British Columbia (UBC; Vancouver, Canada) undertook FTIR spectroscopic imaging of colon biopsy tissues, combined it with a random forest machine learning (ML) approach in order to classify different stages of colon cancer malignancy. The combination of the optical and ML computational approaches helped eliminate scattering background during the measurements. The results demonstrated that C–H stretching and amide I bands are of little to no significance for the classification of colon malignancy.

The best prediction outcome was found when classification was carried out in the fingerprint region of the mid-infrared spectrum (7-10 micrometers; 1500- 1000 cm−1), which excludes the contribution of amide I and II bands. Overall prediction accuracy was higher than 90%, with dysplastic and hyperplastic tissues well distinguished. The study also showed that computational correction performed better than optical correction, and that disease states can be distinguished effectively even without elimination of scattering effects. The study was published on August 16, 2019, in Analytical and Bioanalytical Chemistry.

“There is urgency in developing new techniques which can identify the early stages of cancer in a way that goes beyond the current histopathology approaches in order to increase survival rates. Coupling spectroscopic imaging with advanced ML approaches aid early detection and understanding of cancer,” said senior author Professor Sergei Kazarian, PhD, of the ICL department of chemical engineering. “There is an excitement of having an enhanced accuracy that promises advances in the early cancer detection and differentiation of disease stages.”

FTIR imaging involves shining an infrared beam at a sample and measuring how much of that light is absorbed at different frequencies, which is used to produce a visual reference of the sample's chemical composition. And although the study was restricted to colon cancer, the researchers have already created models, which have the potential to be applied to other difficult to diagnose cancers such as esophageal cancer, and even non-cancerous anomalies.