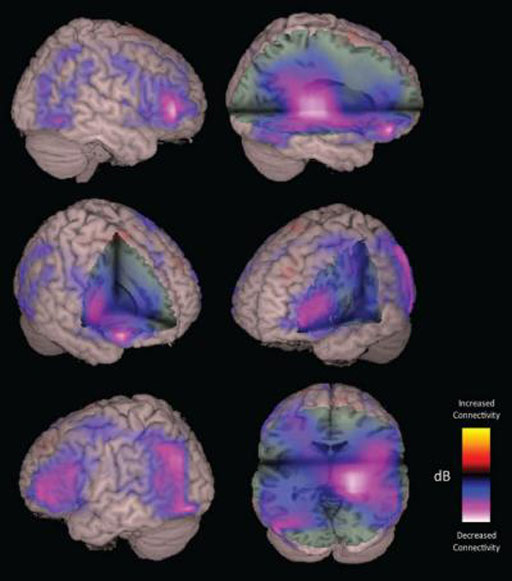 Image: A Magnetoencephalography (MEG) imaging is also used for patients with suspected concussion injuries of the brain (Photo courtesy of University of California, San Francisco).
Researchers in the Canada have found that there is a better chance of detecting concussion in the brain when patients undergo high-resolution Magnetoncephalography (MEG) scans, than if they undergo standard MRI or CT imaging.

The study was published in the December 2016 issue of the journal PLOS Computational Biology, and showed that MEG, which maps interactions between different brain regions, can be used to detect neural changes better than standard imaging. Mild Traumatic Brain Injuries (MTBI), a frequent injury in American football players, are also not easily detected by conventional imaging scans.

The researchers from the Simon Fraser University (SFU; Burnaby, BC, Canada) took MEG imaging scans of 41 men between 20 and 44 years old, half of who had a diagnosis of concussion in the three months prior to the scan, and found observable changes in communication between different areas of the patient’s brains. MEG functional neuroimaging is an imaging technique used for mapping brain activity that currently uses extremely sensitive magnetometers called Superconducting Quantum Interference Devices (SQUIDs).

One of the researchers, Vasily Vakorin, from the Behavioral and Cognitive Neuroscience Institute at the SFU, said, "Changes in communication between brain areas, as detected by MEG, allowed us to detect concussion from individual scans, in situations where MRI or CT failed."