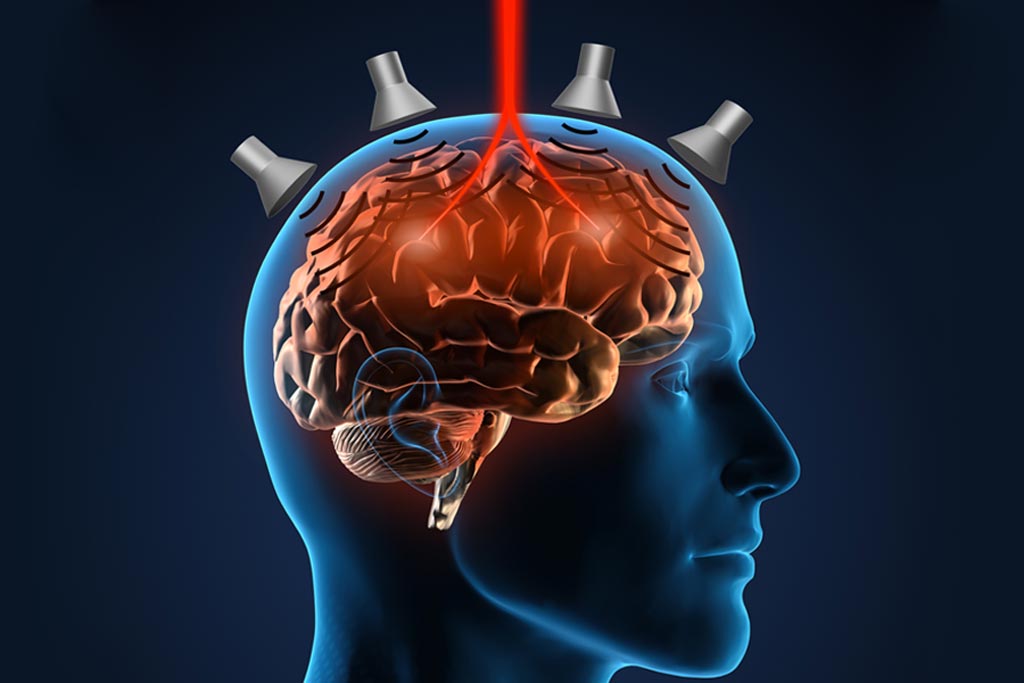 Developed by researchers at Carnegie Mellon University (CMU; Pittsburgh, PA, USA), the new technique uses ultrasonic wave patterns to change the local density of the tissues so as to create a graded refractive index pattern in the direction of light propagation, which modulates the phase front of light. Thus causes it to focus within the medium, effectively creating a virtual gradient index (GRIN) lens relay. The virtual GRIN lens can be moved around simply by reconfiguring the ultrasound wave patterns from outside the body, enabling the imaging of different target regions, all noninvasively.

The focal distance and the numerical aperture of the sculpted optical GRIN lens can also be tuned, by changing the ultrasonic wave parameters. The researchers demonstrate that the virtual GRIN lens can resolve small features (22 µm) even through a turbid medium (which is normally opaque), continuously scanning over a depth of 5.4 mm in the modulated medium. The researchers claim the technology could eventually be implemented in the form of a handheld device or wearable surface patch that images the brain or under the skin. The study was published on July 17, 2019, in Light: Science and Applications.

“Being able to relay images from organs such as the brain without the need to insert physical optical components will provide an important alternative to implanting invasive endoscopes in the body,” said co-lead author Maysam Chamanzar, PhD. “We used ultrasound waves to sculpt a virtual optical relay lens within a given target medium, which for example, can be biological tissue. Therefore, the tissue is turned into a lens that helps us capture and relay the images of deeper structures. This method can revolutionize the field of biomedical imaging.”

“Turbid media have always been considered obstacles for optical imaging, but we have shown that such media can be converted to allies to help light reach the desired target,” said co-lead author PhD student Matteo Giuseppe Scopelliti, MSc. “When we activate ultrasound with the proper pattern, the turbid medium becomes immediately transparent. It is exciting to think about the potential impact of this method on a wide range of fields, from biomedical applications to computer vision.”

GRIN lenses do not require an air gap to function since the operation of the lens is due to varying indices in the lens itself, rather than the difference in indices between the air and lens. Additionally, in a GRIN lens, all optical paths are the same due to the radially varying refractive index, in contrast to a spherical or aspheric lens.