Radiation-Free Alternative to Mammogram on the Horizon 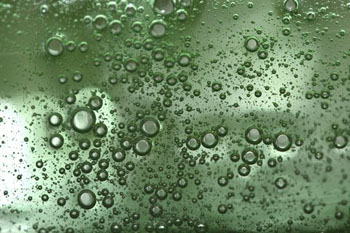 Under development at the Eindhoven University of Technology (TUE; The Netherlands), dynamic contrast specific ultrasound tomography (DCS-UST) builds on a patient-friendly prostate cancer detection method called cumulative phase delay imaging (CPDI) which images and quantifies ultrasound contrast agent (UCA) kinetics. The technology is based on harmless microbubbles injected into the patient’s bloodstream; the microbubbles vibrate in the blood at the same frequency as the ultrasonic echo, as well as at twice that frequency - the so-called second harmonic.

This second harmonic is delayed by the gas bubbles; the more bubbles are encountered by the sound on its route, the bigger the delay compared to the original sound. By measuring this delay, the researchers can thus localize the air bubbles without any disturbance, since the second harmonic generated by the body tissue is not delayed, and is therefore discernible. This difference, however, can only be seen if the sound is captured on the other side. So the method is perfectly suited to organs that can be approached from two sides, like the breast.

An ultrasound scanner can thus be used to precisely track the microbubbles as they flow through the blood vessels. Since cancer growth is associated with the formation of chaotic microvessels, the presence and location of cancer become visible. What also makes the technique different to current mammography is the patient’s position. Instead of standing, the patient lies on a table, with the breast hanging freely in a bowl. The proof-of-concept study was published in the November 2016 issue of Scientific Reports.