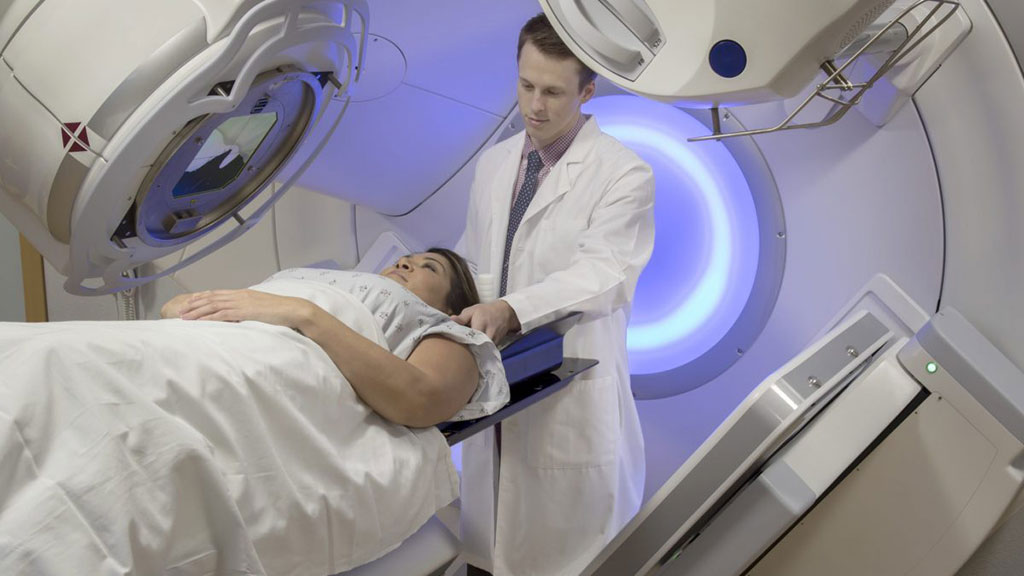 Image: RT to the left breast raises cardiovascular risk (Photo courtesy of Shutterstock)
Women with left-sided breast cancer (BC) undergoing radiation therapy (RT) have double the risk of subsequent heart disease, compared to those with right-sided BC, according to a new study.

Researchers at the University of Toronto (Canada), Memorial Sloan-Kettering Cancer Center (MSKCC; New York, NY, USA), and other institutions conducted a study in 972 women younger than 55 years of age who were diagnosed with BC between 1985 and 2008, and who also completed a cardiovascular health questionnaire. Risk of radiation-associated coronary artery disease (CAD) was then evaluated by comparing women treated with left-sided RT and women treated with right-sided RT.

“Clinicians caring for younger breast cancer patients should communicate the importance of RT for breast cancer, while explaining the need for long-term attention to the risk of heart disease, particularly for women receiving left-sided radiation therapy,” said lead author Gordon Watt, PhD, a postdoctoral research fellow at MSKCC. “RT is an indispensable part of breast cancer care, and the good news for breast cancer patients is that modern techniques and computerized treatment planning have reduced the amount of radiation that reaches the heart, thereby reducing the risk of developing heart disease.”

Radiation-associated CAD has a latency of at least five years, requiring long-term follow-up of breast cancer survivors. Previous studies in older populations have shown left-sided RT is associated with increased risk of developing CAD, although the level of risk varied between studies. According to the researchers, the risk of heart disease after receiving RT for BC has not been previously evaluated for younger women.