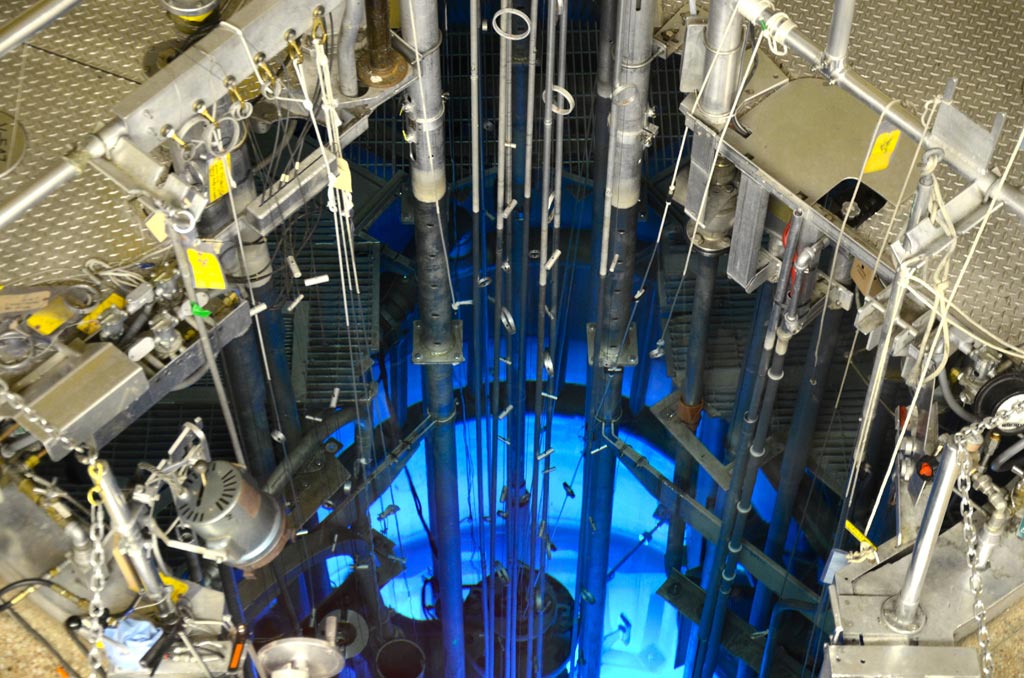 Image: MURR is the only supplier of I-131 in the United States (Photo courtesy of University of Missouri).
The University of Missouri Research Reactor (MURR; Columbia, MO, USA) recently shipped the first batch of Iodine-131 (I-131), a critical radioisotope used for diagnoses and treatment of thyroid cancer and hyperthyroidism. The shipment makes MURR the first U.S. supplier of I-131 since the 1980s, and the only supplier currently in the United States.

I-131 sodium iodide is one of the most widely used radiopharmaceuticals in the United States. Since the thyroid gland naturally absorbs iodine, I 131 can be used to directly target thyroid tumors in order to destroy the cancerous tissue. But with only an eight-day half-life, stockpiling I-131 is impossible and logistics become complicated, making a reliable supplier critical for patients. MURR thus joins the handful of research reactors around the world that supply I-131 to manufacturers who, in turn, supply radiopharmaceuticals for distribution to hospitals and patients.

“This summer there was an international shortage of I-131, just as we were turning on the reactor. We were asked to ramp up our production faster, but I wasn't willing to do so. You have to make sure you know what you're doing,” said David Robertson, PhD, executive director of MURR. “Now we're slowly ramping up as we gain experience. Supplying I 131 is part of a strategic initiative by the University of Missouri and MURR to address medical isotope shortages and further the University’s research mission.”

“Having MURR as a domestic producer for I-131 provides a much higher level of stability and reliability in the U.S. for this important isotope,” said Steve Laflin, president and CEO of International Isotopes (INIS; Idaho Falls, ID, USA). “INIS has been supplying I-131 throughout the U.S. for nearly 15 years using only foreign sources of supply. We are pleased to have an opportunity to enter into a long-term supply agreement, and INIS plans to utilize MURR as one of our major suppliers for I-131 in the future.”

The thyroid is an endocrine gland located in the neck that produces two hormones secreted into the bloodstream, thyroxine (T4) and triiodothyronine (T3); T4 is converted to T3 in cells and tissues. The hormones regulate metabolism. Thyroid disorders include hypothyroidism, hyperthyroidism, nodules, cancer, Graves disease, and post-partum thyroiditis. Most disorders tend to occur mainly in women.