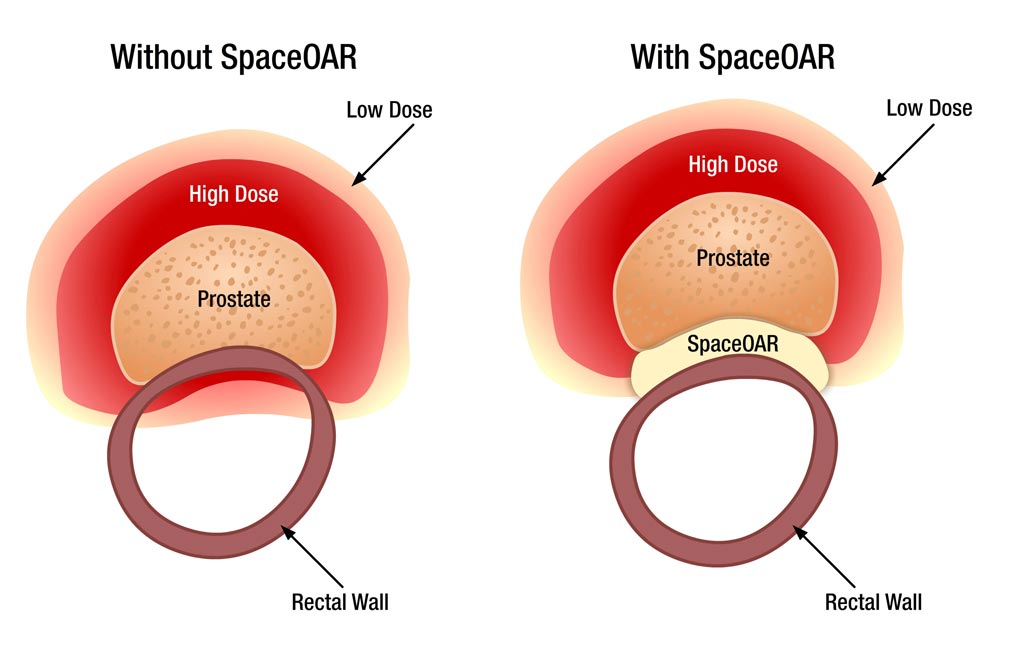 Study results were examined to determine spacer insertion tolerability, resultant changes in treatment planning, and dosimetry and early toxicity effects. Computerized tomography (CT) scans acquired prior to SpaceOAR insertion were used to generate SABR plans, which were then compared to the actual post-insertion plans. The SABR plans were evaluated for target coverage, conformity, and organ at risk (OAR) doses, with NTCPs also determined from resultant dose fluences. Early toxicity data were also collected.

The results revealed that all patients had successful SpaceOAR insertion under local anesthetic. All plans were highly conformal, with no significant differences in clinical target volume dose coverage between pre- and post-spacer plans. Substantial improvements in rectal dose metrics were observed in post-spacer plans, and all median NTCP for rectal bleeding significantly decreased, from 4.9 to 0.8% with the use of a the SpaceOAR rectal spacer. The study was published the February 2018 issue of the British Journal of Radiology.

“One of the complications from using radiotherapy is the potential damage that can be inflicted on neighboring tissues. In this trial, we are evaluating the performance of the SpaceOAR hydrogel, which is inserted between the prostate gland and the rectum of the patient,” said Ciaran Fairmichael, MD of QUB. “This creates a greater distance between the prostate tumor and other tissues, which allows us to concentrate the radiotherapy dosage provided to the tumor, reducing the chance of radiation harming other tissues close to the tumor such as the bowel.”

The SpaceOAR is a temporary hydrogel injected through the perineum, guided by transrectal ultrasound. The material flows into the space between the prostate and the rectum and expands within ten seconds, thus reducing rectum radiation during prostate RT. The hydrogel remains in place for three months and is then liquefied and absorbed, leaving nothing behind. Shielding the rectum permits dose escalation and hypo-fractionation, resulting in more prostate radiation, improved cancer kill rates, and fewer RT sessions.