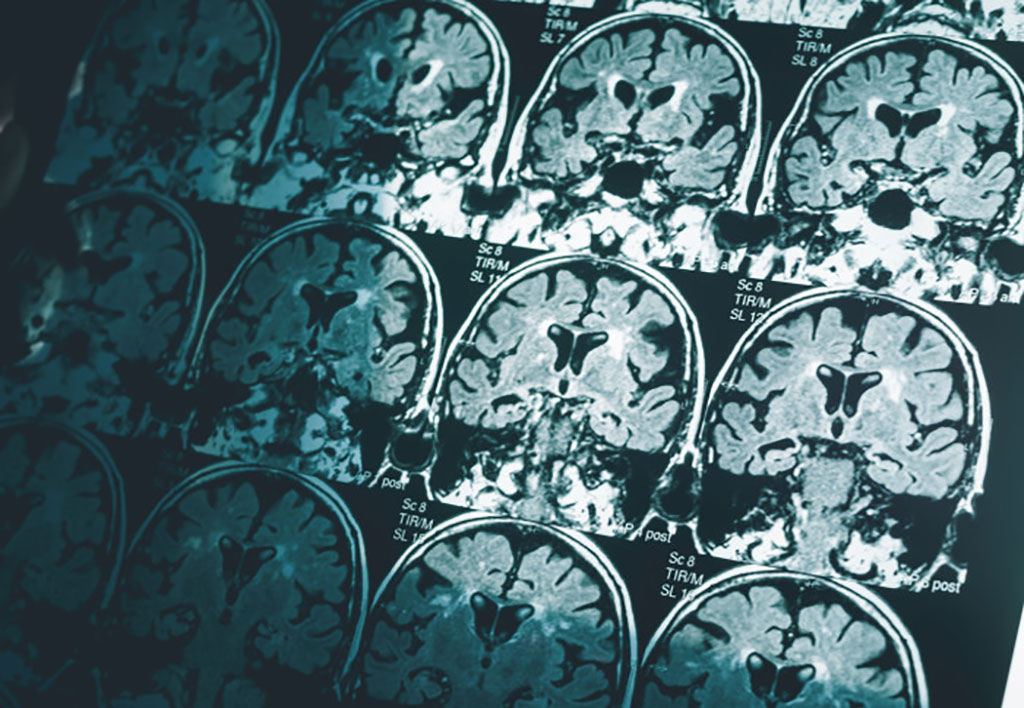 Alzheimer’s disease is the most common form of dementia, and although most people with Alzheimer’s develop it after the age of 65, people under this age can develop it too. The most frequent symptoms of dementia are memory loss and difficulties with thinking, problem solving and language. Doctors currently use a raft of tests to diagnose Alzheimer’s disease, including memory and cognitive tests and brain scans. The scans are used to check for protein deposits in the brain and shrinkage of the hippocampus, the area of the brain linked to memory. All of these tests can take several weeks, both to arrange and to process. Now, a new approach requires just one of these – a magnetic resonance imaging (MRI) brain scan taken on a standard 1.5 Tesla machine, which is commonly found in most hospitals.

Researchers at the Imperial College London (London, UK) used machine learning technology to look at structural features within the brain, including in regions not previously associated with Alzheimer’s. The advantage of the technique is its simplicity and the fact that it can identify the disease at an early stage when it can be very difficult to diagnose. Although there is no cure for Alzheimer’s disease, getting a diagnosis quickly at an early stage helps patients. It allows them to access help and support, get treatment to manage their symptoms and plan for the future. Being able to accurately identify patients at an early stage of the disease will also help researchers to understand the brain changes that trigger the disease, and support development and trials of new treatments.

The researchers adapted an algorithm developed for use in classifying cancer tumors, and applied it to the brain. They divided the brain into 115 regions and allocated 660 different features, such as size, shape and texture, to assess each region. They then trained the algorithm to identify where changes to these features could accurately predict the existence of Alzheimer’s disease. Using data from the Alzheimer’s Disease Neuroimaging Initiative, the team tested their approach on brain scans from over 400 patients with early and later stage Alzheimer’s, healthy controls and patients with other neurological conditions, including frontotemporal dementia and Parkinson’s disease. They also tested it with data from over 80 patients undergoing diagnostic tests for Alzheimer’s at Imperial College Healthcare NHS Trust.

The researchers found that in 98% of cases, the MRI-based machine learning system alone could accurately predict whether the patient had Alzheimer’s disease or not. It was also able to distinguish between early and late-stage Alzheimer’s with fairly high accuracy, in 79 per cent of patients. The new system also spotted changes in areas of the brain not previously associated with Alzheimer’s disease, including the cerebellum (the part of the brain that coordinates and regulates physical activity) and the ventral diencephalon (linked to the senses, sight and hearing). This opens up potential new avenues for research into these areas and their links to Alzheimer’s disease.

“Currently no other simple and widely available methods can predict Alzheimer’s disease with this level of accuracy, so our research is an important step forward,” said Professor Eric Aboagye, from Imperial’s Department of Surgery and Cancer, who led the research. “Many patients who present with Alzheimer’s at memory clinics do also have other neurological conditions, but even within this group our system could pick out those patients who had Alzheimer’s from those who did not.”

“Waiting for a diagnosis can be a horrible experience for patients and their families,” added Professor Aboagye. “If we could cut down the amount of time they have to wait, make diagnosis a simpler process, and reduce some of the uncertainty, that would help a great deal. Our new approach could also identify early-stage patients for clinical trials of new drug treatments or lifestyle changes, which is currently very hard to do.”

“Although neuroradiologists already interpret MRI scans to help diagnose Alzheimer’s, there are likely to be features of the scans that aren’t visible, even to specialists,” explained Dr. Paresh Malhotra, a consultant neurologist at Imperial College Healthcare NHS Trust and researcher in Imperial’s Department of Brain Sciences. “Using an algorithm able to select texture and subtle structural features in the brain that are affected by Alzheimer’s could really enhance the information we can gain from standard imaging techniques.”