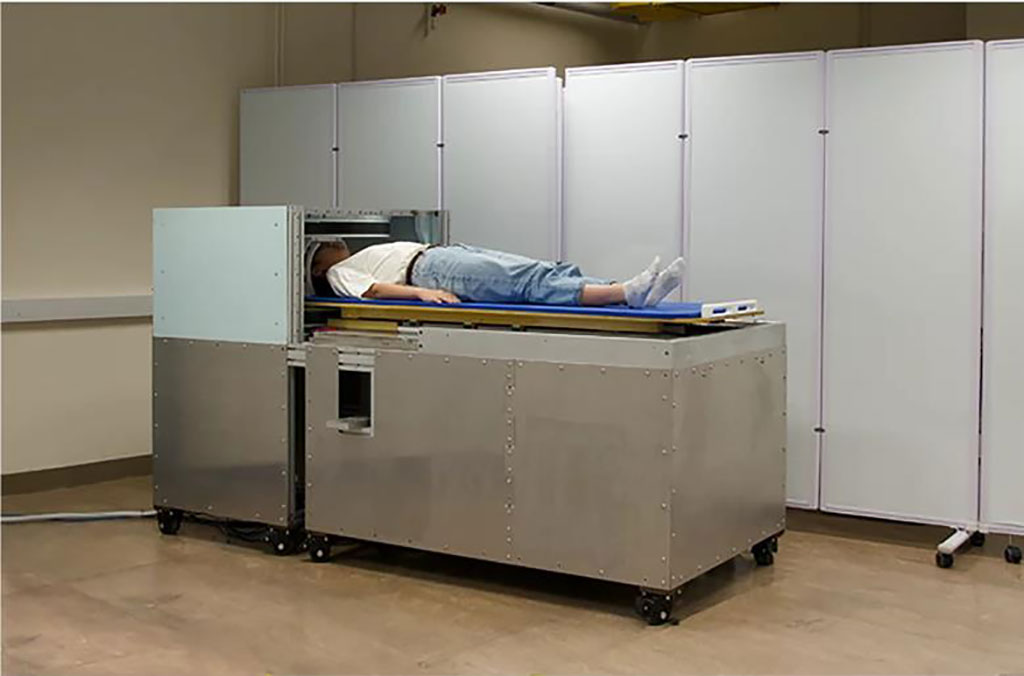 Developed at the University of Hong Kong (HKU; China), the ULF MRI scanner uses a permanent 0.055 Tesla Samarium-cobalt magnet and deep learning (DL) algorithms for cancellation of electromagnetic interference, and as a result requires neither magnetic nor radiofrequency (RF) shielding cages. The compact, mobile scanner is intended for brain scanning, powered via a standard AC power outlet, is also and acoustically quiet during scanning. According to the HKU developers, it can be constructed for less than USD 20,000.

To test its capabilities, they implemented four standard clinical neuroimaging protocols (T1- and T2-weighted, fluid-attenuated inversion recovery like, and diffusion-weighted imaging) on 25 patients, successfully demonstrating preliminary feasibility in the diagnosis of brain tumors and stroke. In addition, as the system is ULF, it also has lower sensitivity to metallic implants, less susceptibility to artifacts at the air/tissue interface, and an extremely low RF specific absorption rate (SAR). The study describing the new MRI system was published on December 14, 2021, in Nature Communications.

According to the Organization for Economic Co-operation and Development (OECD), in 2020 there were approximately 65,000 installations of MRI scanners worldwide (or approximately seven per one million inhabitants), as compared to about 200,000 CT scanners and over 1,500,000 ultrasound scanners. The distribution of MRI scanners is concentrated mainly within high income countries, with scarce availability in low and middle income countries. As a result, 70% of the world’s population has little to no access to MRI.