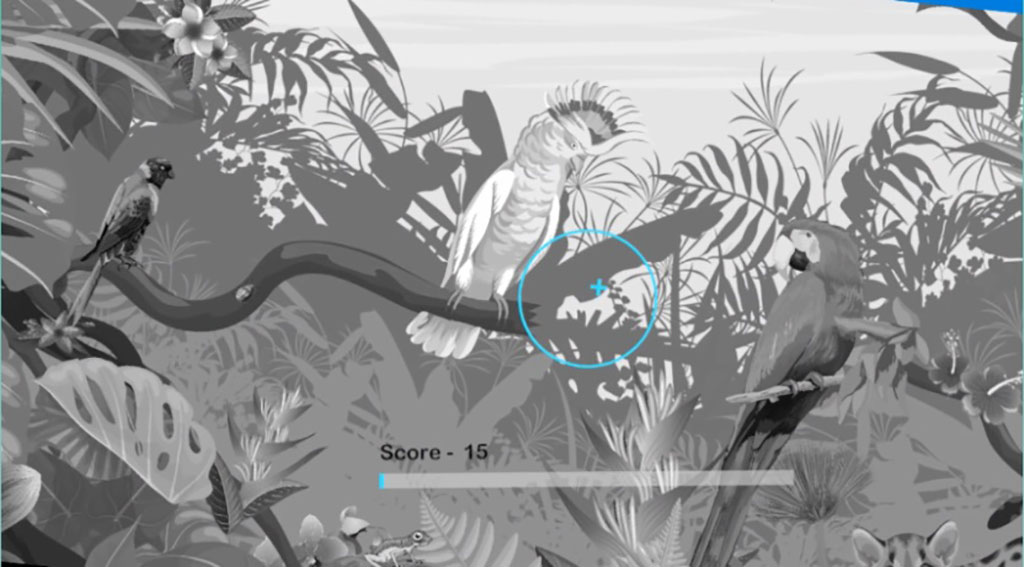 Developed by Reimagine Well (Laguna Beach, CA, USA), the MRI Stillness Game uses a VR headset to detect head movement during a pre-MRI training session, which rewards stillness, so that scans and radiation treatments can be as short and accurate as possible. The game is timed so that it lasts as long as the scheduled MRI scan, with the score climbing higher the longer the patient successfully remains motionless.

During the three-level VR game, patients are required to focus crosshairs inside a circle in order to colorize first a rainforest, then a hot air balloon scene, and finally a coral reef. Each level is designed to be longer and harder than the previous one, and, as they play, simulated MRI noises morph into part of the natural, surrounding environment, such as bird chirps or dolphin clicks. After each round, patients receive a score card on their performance.

“Often VR headsets are used in hospitals for distraction or entertainment purposes only. With this application, the patient is first acclimated to the sights and sounds of the MRI,” said Leonard Sender, MD, co-founder of Reimagine Well. “We believe clinicians will be able to correlate the scores in the game to the accuracy of the imaging and the duration of the patient MRI sessions. Our hope is that it will become an important predictive tool, shortening the duration of procedures and getting more utilization out of their MRI suites.”

“MRIs are frightening for everyone. Even when my patients overcome the fear, they have no way to practice being still, so that the scans, or radiation treatments, can be as short and accurate as possible,” said pediatric radiation oncologist Matthew David Hall, MD, of Miami Cancer Institute (FL, USA). “The goal is to help familiarize patients with the stillness requirement for an MRI exam, with the hope that their scores will predict with how well they will successfully complete a scan without moving.”

People undergoing a MRI scan often need to minimize movements for up to 10 minutes at a time to maximize scan quality and reduce artifacts. That can be quite challenging, and so 10 to 15% of all MRI scans need to be redone because of movement during the scan. The percentage of MRI scans that need to be redone may be even higher for young children and individuals with disabilities, who may need to be sedated during the scan.