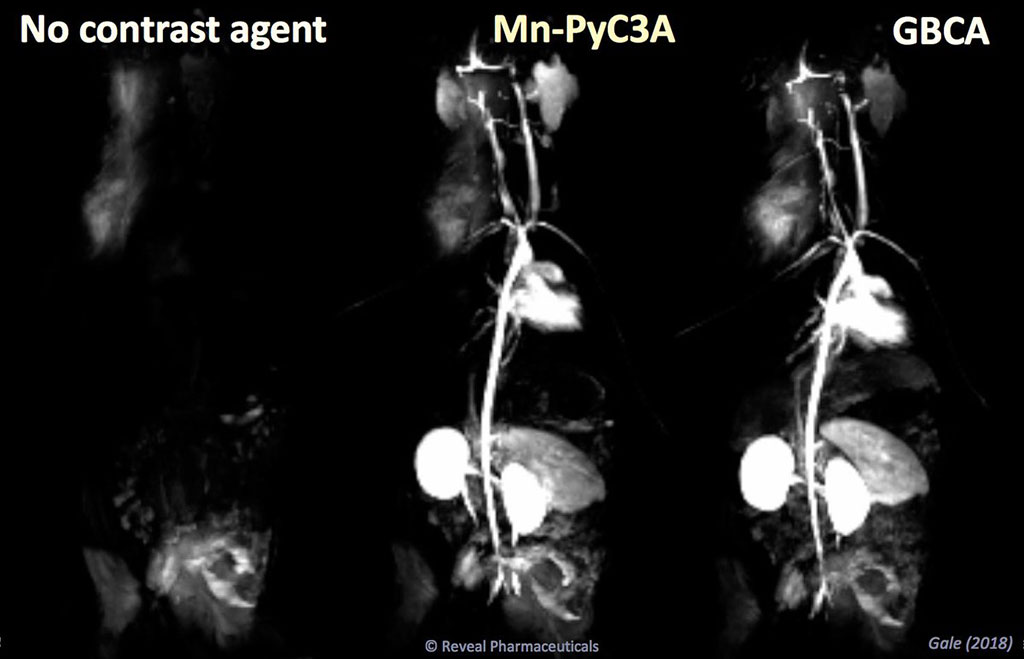 The results revealed that while both Mn-PyC3A and Mn-DPDP are eliminated via mixed hepatobiliary and renal routes, a greater fraction of the Mn-PyC3A contrast agent was eliminated by renal filtration. Whole-body PET images showed that Mn-PyC3A was efficiently eliminated, whereas Mn-DPDP was retained throughout the body. The experimental data also showed significantly more efficient whole-body elimination of Mn-PyC3A than Gd-DOTA both one day and one week after injection. The study was published on October 30, 2020, in Investigative Radiology.

“This manganese-based contrast agent does everything a GBCA would do; this is obviously important for patients with chronic kidney disease and other forms of renal insufficiency that might require careful risk/benefit analysis before undergoing a GBCA-enhanced MRI,” said senior author biomedical engineer Eric Gale, PhD, of MGH and HMS, co-inventor of Mn-PyC3A. “But we can also envision giving Mn-PyC3A to any patient requiring a contrast-enhanced MRI. There are patients who require many GBCA-enhanced MRI examinations over the course of years for disease surveillance or screening.”

Efficient elimination of a contrast agent is critical for tissue health. Since Gadolinium is eliminated only from the kidneys, retention from GBCAs can cause nephrogenic systemic fibrosis, and it is also retained in the brain, bones, skin and other organs, even in patients with normal kidney function. Mn-PyC3A, on the other hand, is also eliminated from the liver, compensating for diminished renal function in kidney patients and ensuring a more rapid and complete elimination.