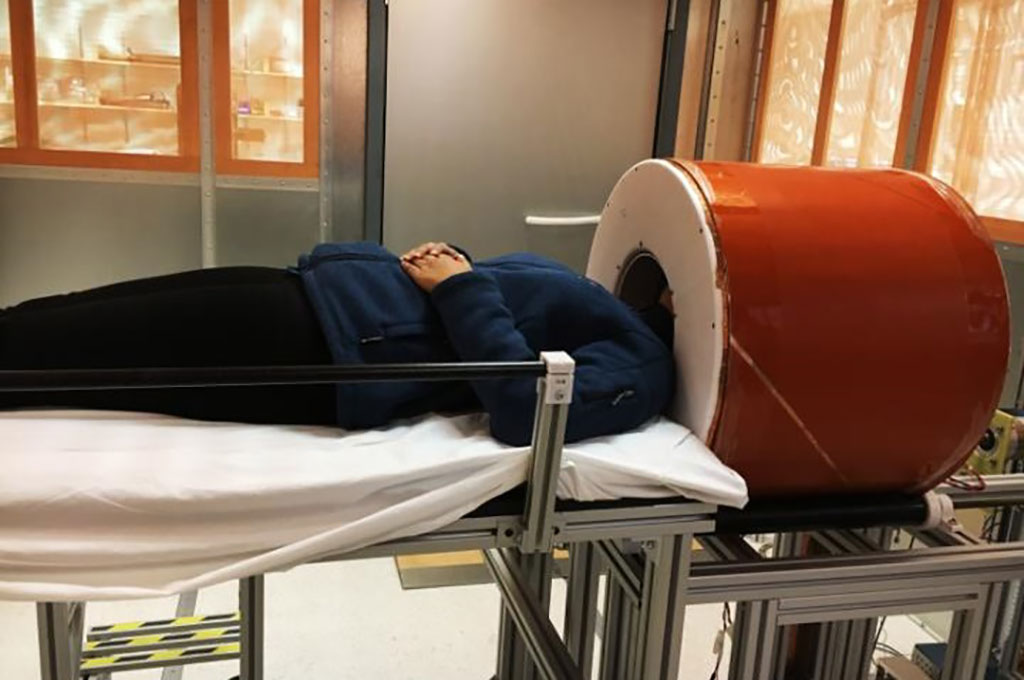 A Halbach cylinder design creates a transverse field inside the magnet and zero field outside the magnet that results in a minimal stray field that requires neither cryogenics nor external power; the intrinsic self-shielding is thus ideal for portable applications where stray fields could pose safety hazards. The scanner can generate T1-weighted, T2-weighted, and proton density-weighted brain images with a spatial resolution of 2.2 × 1.3 × 6.8 mm3. The study was published on November 23, 2020, in Nature Biomedical Engineering.

“Although the scanner’s spatial resolution and sensitivity are both lower than that of a high-field MRI, its performance is sufficient to detect and characterize serious intracranial processes, such as hemorrhage, hydrocephalus, infarction, and mass lesions,” concluded lead author Clarissa Cooley, PhD, of the MGH department of radiology, and colleagues. “Our preliminary work also suggests that diffusion-weighted imaging, which is critical to applications such as acute stroke detection, should also be possible.”

A neodymium rare-earth magnet is made from an alloy of neodymium, iron, and boron formed into a tetragonal crystalline structure that has a magnetic energy value about 18 times greater than ferrite magnets (by volume) and 12 times (by mass). The strength and magnetic field homogeneity of such neodymium magnets has led to their introduction in MRI scanners as an alternative to superconducting magnets.