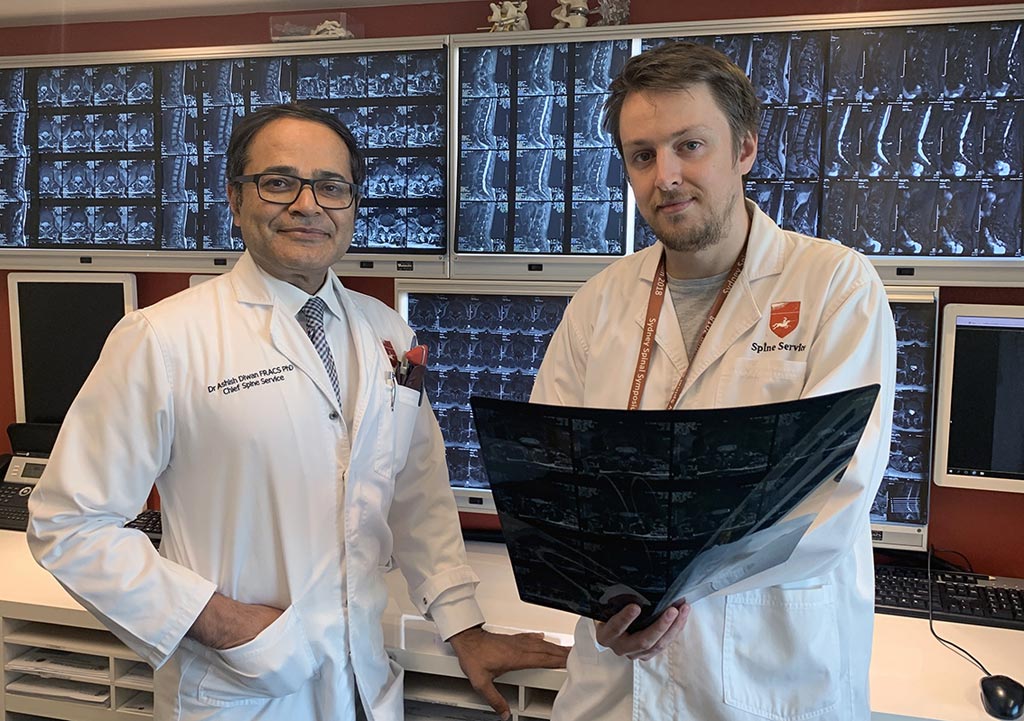 The decay variance technique, developed by researchers at the University of New South Wales (Sydney, Australia), the University of California, San Diego (UCSD, USA), and St. George Hospital (Sydney, Australia), is based on aggregation of the deviation in the intensity of T2 quantitative relaxometry of sulfated glycosaminoglycans (S‐GAG) content within intervertebral discs (IVDs) over a multi‐echo MRI sequence.

The researchers hypothesized that variability in the rate of signal decay over multiple MRI echo encodes information on the tissue states that could help distinguish between a healthy and a degenerate IVD. To test the new technique, the researchers subjected 25 New Zealand white rabbits to annular puncture to induce disc degeneration in 50 noncontiguous lumbar IVDs. Sixteen weeks later, the rabbits underwent multi‐echo T2 MRI scanning and were then euthanized. The degenerated IVDs were subsequently stained and examined histologically.

They then evaluated the difference between measured and expected signal decay for each echo in the multi‐echo T2 MRI sequence, and correlated the results with histologically graded IVD degeneration. Quantitative T2 relaxation maps were prepared, and decay variance maps were created using a post-processing tool that aggregated the deviation in the intensity of each echo signal from the expected intensity, based on the previous rate of decay. The maps showed a clear and well-demarcated nucleus pulposus with a consistent rate of decay in healthy discs, and progressively more variable decay in the degenerate IVDs. The study was published on August 1, 2019, in JOR Spine.

“Current techniques see how quickly or slowly individual atoms line up with a magnetic field after a strong burst of radio waves – this is called signal decay,” said senior author orthopedic surgeon Ashish Diwan, MD, of St. George Hospital. “Instead of trying to figure out how fast or slow this signal decay is, our technique measures whether the atoms in a sample are lining up at the same speed as each other, or a range of different speeds, hence decay variance.”

“Back pain affects about one in six Australians but in 95% of cases, doctors can't find any cause. This not only makes it very hard to treat individual patients, but also makes it very hard to find new cures for back pain,” said lead author Kyle Sheldrick, MD, of UNSW. “Experts think degeneration of the spinal discs is a cause of back pain, but current tests for disc degeneration don’t work very well. Patients with discs that look healthy on MRI often have severe back pain, and patients with discs that look very degenerate on T2 MRI often have no back pain, so better technology is needed.”