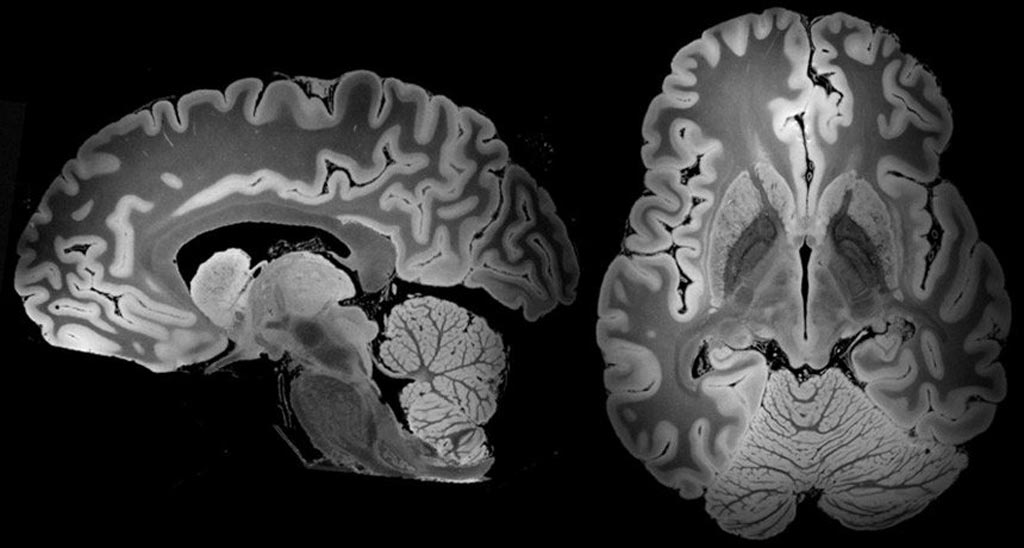 Researchers at Massachusetts General Hospital (MGH; Boston, USA) undertook to build an ultra-high resolution MRI dataset of an ex-vivo human brain from a 58-year-old woman who had no history of neurological disease, and who died of non-neurological causes. After fixation in 10% formalin, the brain specimen was imaged on a 7 Tesla MRI scanner at 100 µm isotropic resolution using a custom-built 31-channel receive array coil. Single-echo multi-flip Fast Low-Angle SHot (FLASH) data were acquired over 100 hours of scan time, at 25 hours per flip angle.

In all, the researchers recorded 8 terabytes of raw data from the four separate scan angles. The resulting dataset provides an unprecedented view of the 3D neuroanatomy of the human brain. To optimize the usefulness of the dataset, the researchers warped it into standard stereotactic space and distributed it to the academic community and the general public in both native and stereotactic space via multiple platforms. A study describing the preparation of the brain specimen and the MRI scanning process was published on May 31, 2019, in bioRxiv.

“Postmortem ex-vivo MRI provides significant advantages over in-vivo MRI for visualizing the microstructural neuroanatomy of the human brain. Whereas in-vivo MRI acquisitions are constrained by time and affected by motion, ex vivo MRI can be performed without time constraints and without cardiorespiratory or head motion,” concluded lead author Brian Edlow, MD, of the MGH departments of neurology and radiology, and colleagues. “We envision that this dataset will have a broad range of investigational, educational, and clinical applications that will advance understanding of human brain anatomy in health and disease.”