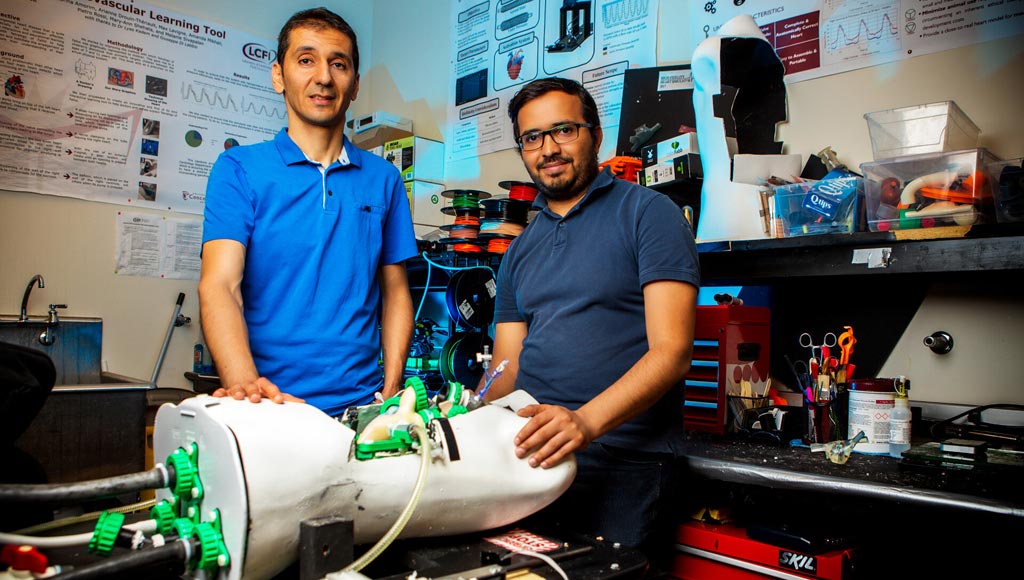 Researchers at Concordia University (Montreal, Canada) and Hashemite University (Zarqa, Jordan) conducted an experimental study using time-resolved planar particle image velocimetry in order to investigate flow characteristics in the ascending aorta in the presence of a dysfunctional BMHV. The equipment used included a custom double-activation left heart duplicator, a high-speed camera, and a laser. Blood flow patterns resulting from six different heart valve blockages were simulated by photographing particles immersed in a liquid that mimics blood and pumping the fluid through the heart duplicator.

Several configurations of leaflet dysfunction were investigated, and the induced flow disturbances in terms of velocity fields, viscous energy dissipation, wall shear stress, and accumulation of viscous shear stresses were evaluated. The researchers also validated a new set of parameters, based solely on the analysis of the normalized axial velocity profiles in the ascending aorta, to detect BMHV dysfunction and differentiate between different leaflet configurations (clear of obstruction, partially obstructed, and fully obstructed).

The results showed that BMHV dysfunction leads to a complex spectrum of flow disturbances, with each flow characteristic evaluated having its own worst-case scenario, in terms of dysfunction configuration. The researchers suggest that a phase-contrast MRI approach based on the analysis of the normalized axial velocity profiles in the ascending aorta has the potential to discriminate not only between normal and dysfunctional BMHV, but also between the different leaflet dysfunction configurations. The study was published on May 8, 2019, in Artificial Organs.