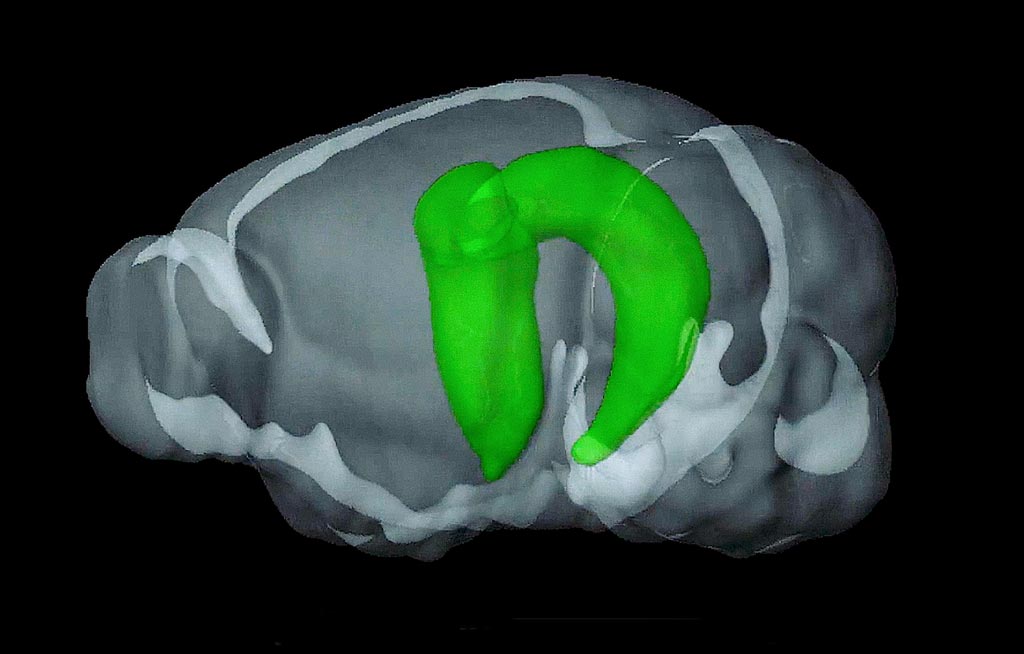 Image
A team of researchers has revealed new insights into the role of the hippocampus in complex brain networks.

The researchers have made breakthroughs that offer new insights into how the hippocampus influences functional integration between different, spatially separated regions of the brain. The hippocampus may be damaged by Alzheimer's disease, as well as other types of dementia, and this can result in short-term memory loss or disorientation. Damage to the hippocampus is also related to diseases such as schizophrenia, epilepsy, transient global amnesia, and Post-Traumatic Stress Disorder (PTSD).

The findings were published in the August 2017 issue of the US journal Proceedings of the National Academy of Sciences (PNAS) by researchers from the University of Hong Kong (Pokfulam, Hong Kong).

The researchers showed that low-frequency activities in the hippocampus region of the brain, can enhance sensory responses, and drive functional connectivity in various parts of the cerebral cortex enhancing vision, hearing, and touch responses. The results also suggest this activity in the hippocampus can help learning and memory, during periods of slow-wave or deep sleep.

The scientists used functional Magnetic Resonance Imaging (fMRI), resting-state functional MRI (rsfMRI), for their research, and showed the potential of MRI and neuromodulation for the early diagnosis and treatment of brain diseases.