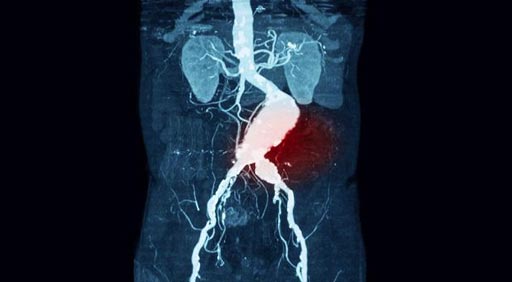 The goal of the randomized controlled trial was to examine the effect, and cost-effectiveness of the combined screening, compared to current cardiovascular screening of AAA disease alone. Combined screening consisted of Doppler-based ankle brachial index for PAD, and abdominal ultrasound for AAA. The primary outcome was all-cause mortality, while the secondary outcomes included cause-specific mortality, renal failure, cancer, diabetes, and other factors.

The results of the Viborg Vascular (VIVA) Trial that included 50,168 men from the center of Denmark, were published in the August 28, 2017, issue of the journal The Lancet, by researchers from the Odense University Hospital (Odense, Denmark), and Aarhus University (Aarhus, Denmark).

The results indicated that combined vascular AAA, PAD and hypertension screening resulted in an observed reduction of mortality risk in the study population without serious negative side effects. The researchers recommend that the combined screening method could be used as a good and cost-effective mortality prevention strategy for older men.

Chadi Ayoub, MBBS, and M. Hassan Murad, MD, said, "The VIVA trial presents thought-provoking findings. However, implementation of this triple screening intervention requires more proof than presented in this study. The 10 criteria developed in the 1960s by WHO13 remain a valid framework for establishing whether screening should be implemented or scarce resources should be directed at individuals with increased risk of morbidity and mortality."