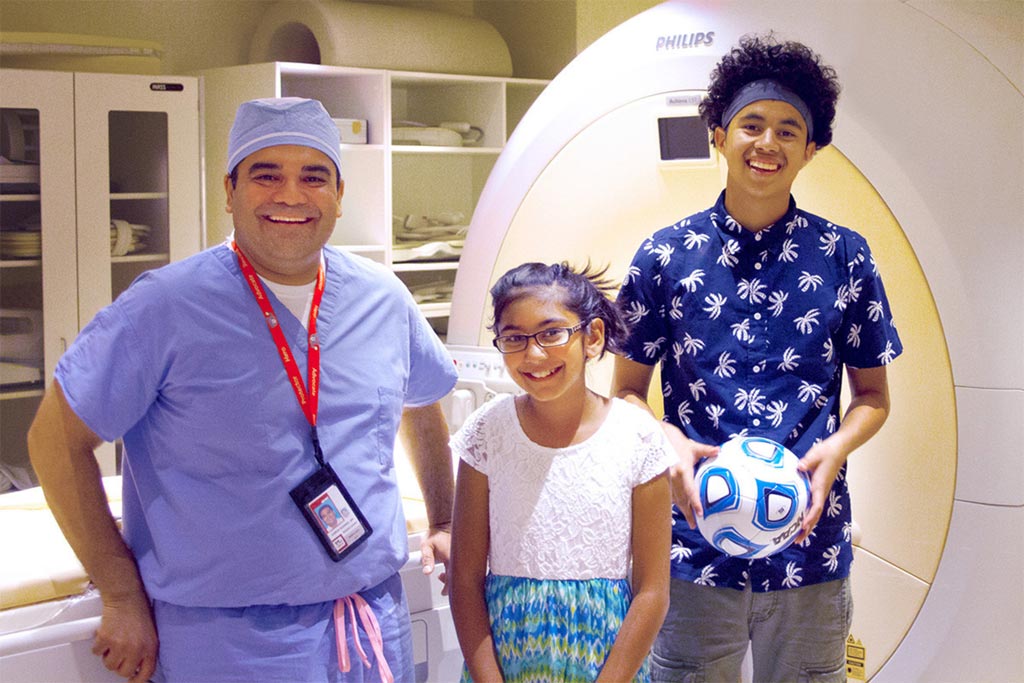 Osteoid osteoma is a benign and painful bone tumor that is common in children and young adults. The study compared nine children, aged six to 16 years old, all of whom were treated using MR-HIFU. The study also included a nine-patient historical control group, aged between six and 10 years, who were treated using standard RadioFrequency Ablation (RFA) surgery.

The results of the study were published in the August 17, 2017, issue of the Journal of Pediatrics. The clinical trial was led by the Children's National Health System Sheikh Zayed Institute for Pediatric Surgical Innovation (Washington DC, USA).

The researchers found that the treatment using MR-HIFU was both safe, and feasible for the pediatric patients, and eliminating the need for ionizing radiation used in an RFA procedure, as well as doing away with surgical incisions. This was the first successful use of the MR-HIFU method to treat osteoid osteoma, in a US children's hospital.

Team lead, Peter Kim, MD, PhD, VP, Sheikh Zayed Institute, said, "The use of MR-HIFU ablation of osteoid osteoma is a perfect example of our mission in the Sheikh Zayed Institute to make pediatric surgery more precise, less invasive and pain-free. Our leading team of experts is also exploring the use of MR-HIFU as a noninvasive technique of ablating growth plates and pediatric solid tumors. We also have another clinical trial open for children and young adults with refractory soft tissue tumors, which is being performed in collaboration with Dr. Bradford Wood's team at the National Institutes of Health, and if successful, it would be the first in the world."