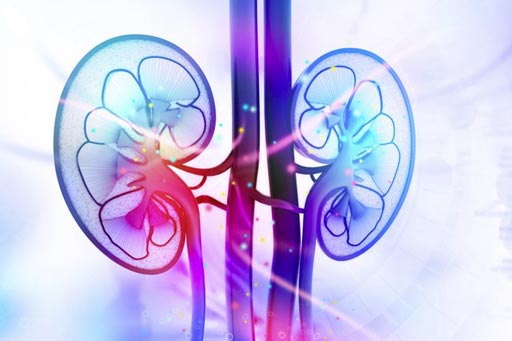 Image: Researchers used MRI-DTI to detect the abnormal perfusion in kidneys, and predict the risk of renal fibrosis (Photo courtesy of Osaka University).
Researchers in Japan, together with a number of Japanese companies, have used a non-invasive technique, translated from neuro-imaging tools that could replace invasive kidney biopsies.

The researchers used Magnetic Resonance Imaging (MRI) and Diffusion-Tensor Imaging (DTI) to detect the abnormal perfusion in kidneys, and predict the risk of renal fibrosis, and eventual kidney failure.

The researchers from Osaka University (Osaka, Japan) published the research findings online in the July 18, 2017, issue of the journal Nature, Scientific Reports. The researchers used a DTI spin-echo sequence, and a kidney attachment, to investigate renal fibrosis in rats suffering from diabetes. The researchers collaborated with a pharma company, Astellas, and an imaging company BioView.

Water diffusion in the kidney is anisotropic, just like in brain white matter, and for this reason the neuro-imaging MRI-DTI technique could also be used to detect kidney damage. Researchers used fluid flow anisotropy to construct maps of different parts of the kidney, and compare kidney fluid dynamics in these regions, in both diabetic and healthy living rats.

First author of the study, Jun-Ya Kaimori, associate professor at Osaka University, said, "In DTI, we make fractional anisotropy maps of the kidney. This identifies which regions have renal fibrosis. The cortex and outer stripe of the medulla were different. This distinction not only validated the new method for the detection of renal fibrosis, but also provided a target region when diagnosing diabetic patients. The application of non-invasive techniques like MRI will help prevent progression to intractable kidney diseases."