New Metal-free Contrast Agent May Be Safer for Patients 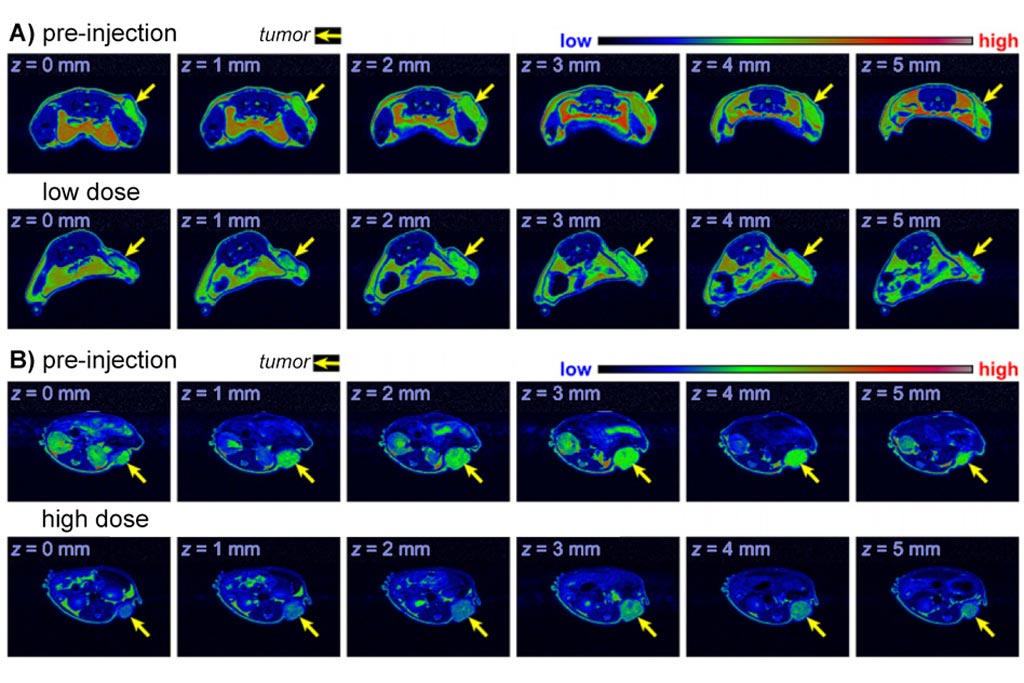 Image: Researchers have developed a safer hydroxide organic MRI contrast agent, as an alternative to metal based ones, for young children and other high-risk patients (Photo courtesy of MIT / University of Nebraska).
Researchers have developed a new metal-free MRI contrast agent that could be used for high-risk patient groups and make longer-term tumor imaging more feasible.

Magnetic Resonance Imaging (MRI) tumor imaging scans are often used together with intravenous contrast agents, most commonly gadolinium-based ones. These agents contain metal compounds that can be harmful for patients with kidney problems, and for young children.

Now researchers at the Massachusetts Institute of Technology (MIT; Boston, MA, USA), and the University of Nebraska (Lincoln, NB, USA) have developed an organic nitroxide-based metal-free contrast agent that is safer for these high-risk groups. The new agent also accumulates for longer at a tumor site providing more data for MRI scans.

The researchers loaded the nitroxide agent into a spherical Brush-Arm Star Polymer (BASP) structure with a hydrophilic core and a hydrophobic shell. They also found that they could substantially increase the MRI relaxivity of the agent, to around the level of metal-based agents. The BASP shell protects the radicals in the bloodstream allowing them to survive for up to 20 hours.

The new contrast agent could also be modified to carry drugs, in addition to the MRI contrast agent, and allow for long-term imaging and follow-up treatments to monitor whether the drug is able to shrink the tumor. Another possibility under investigation is combining the contrast agent particles with antibodies that can target specific cells.

Senior author of the study, associate professor of Chemistry at MIT, Jeremiah Johnson, said, “This is an entirely organic, metal-free MRI contrast agent that would allow cancer researchers to start to think about how to image tumors in a dynamic way over long periods of time.