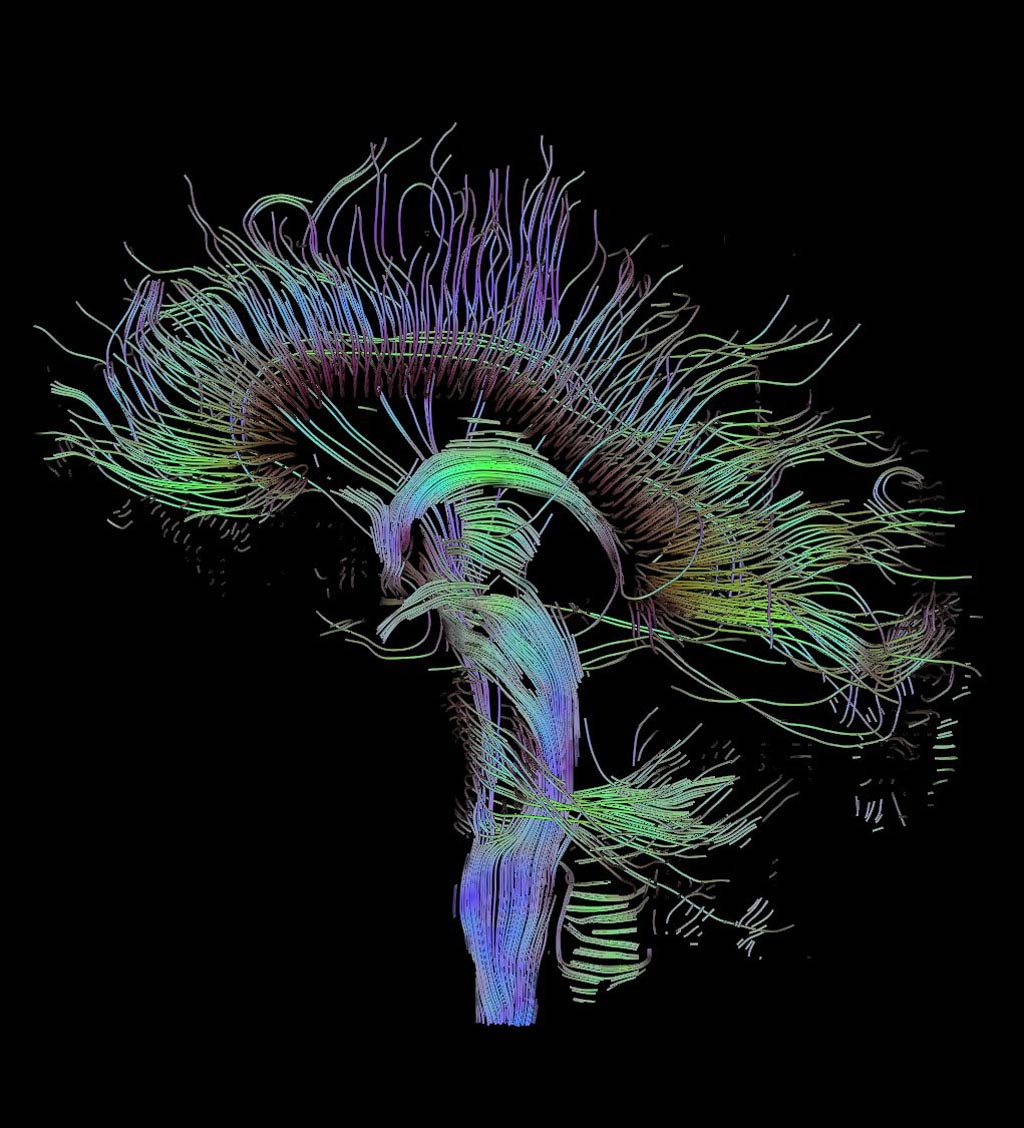 Image: An MRI-DTI visualization of the connections in a human brain (Photo courtesy of Thomas Schultz / Wikimedia Commons).
Scientists have carried out the most comprehensive study ever undertaken to investigate how connections in the brain weaken, as a person ages.

The results of the study were published in the December 2016 issue of the journal Nature Communications.

The researchers from the University of Edinburgh Centre for Cognitive Ageing and Cognitive Epidemiology (CCACE; Edinburgh, Scotland) studied Magnetic Resonance Imaging (MRI) brain scans of more than 3,500 individuals between 45 and 75 years of age. The study participants were part of the UK Biobank study.

The results of the study suggest that those connections involved in complex thinking skills are worst affected by aging, while areas in the brain involved in hearing, and movement are relatively well preserved.

According to the researchers the results of the study will help clinicians understand the process of mental aging, as well as the healthy brain, and will help them understand other related conditions and diseases as well.

Study leader, Dr. Simon Cox, from the CCACE, said, "By precisely mapping which connections of the brain are most sensitive to age, and comparing different ways of measuring them, we hope to provide a reference point for future brain research in health and disease."

University of Edinburgh Centre for Cognitive Ageing and Cognitive Epidemiology