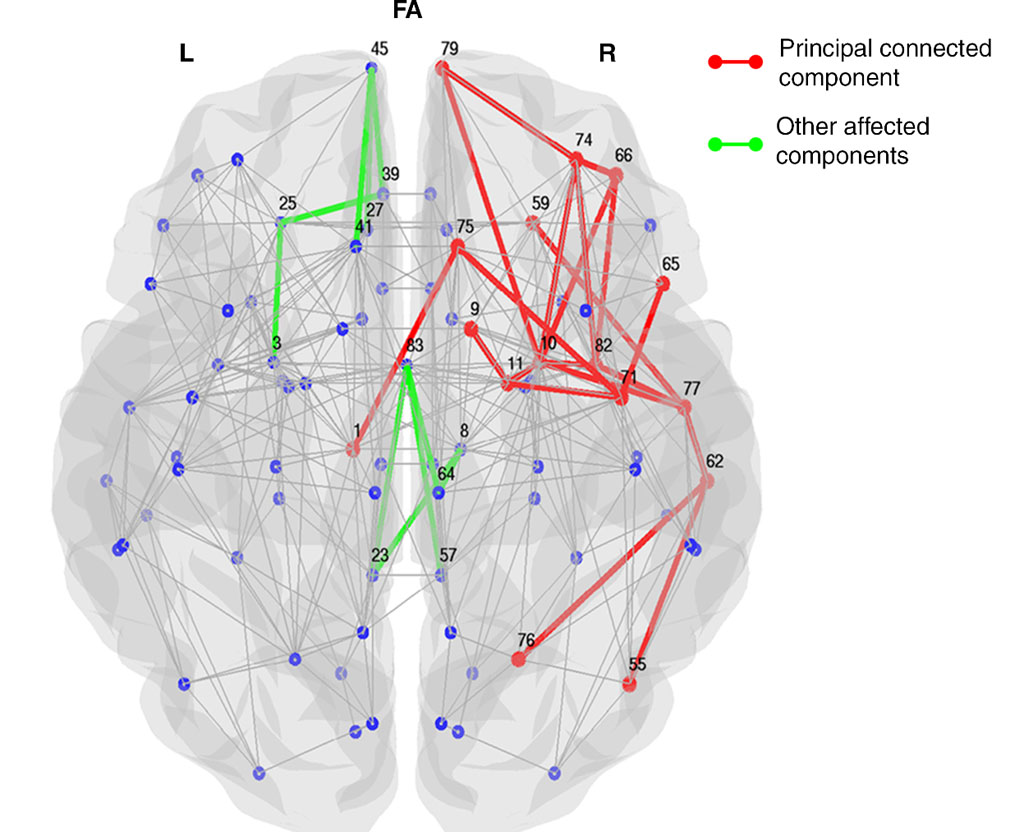 Image: The impaired structural sub-network connectivity in the brains of patients with Parkinson disease and MCI, and those without MCI (Photo courtesy of RSNA).
Researchers in Italy have found that the cognitive impairment caused by Parkinson’s disease could be a result of the disruption of complex structural networks in the brain.

The results of the study were published in the December 2016 issue of the journal Radiology, and showed that Parkinson’s patients with Mild Cognitive Impairment (MCI) suffered from significant changes in brain networks. The study group included 170 Parkinson’s patients, 116 without MCI, 54 with MCI, and a control group of 41 healthy individuals.

According to the researchers, the results indicate that cognitive impairment in patients with Parkinson’s disease may be a result of the disruption of complex structural brain networks, and not of the degeneration of individual white matter bundles.

Co-author of the study, Federica Agosta, MD, PhD, San Raffaele Scientific Institute (Milan, Italy), said “Cognitive impairment in PD is one of the major non-motor complications of the disease, as well as one of the major concerns of patients and caregivers at the time of diagnosis. Study of the changes related to cognitive impairment in PD is imperative in order to be able to answer patients’ questions and finally be able to predict the future development of this condition. If confirmed and replicated by other studies, these results would suggest the use of MRI in PD to support the clinicians in monitoring the disease and predicting the occurrence of cognitive complications.”