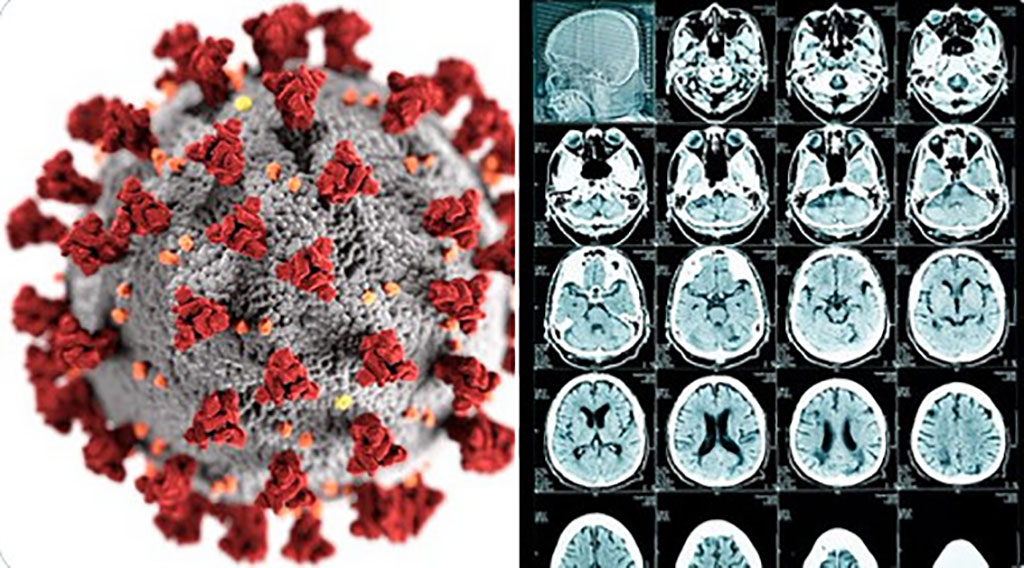 Illustration
A new study has provided proof of principle that clinicians may be able to use advanced imaging techniques like functional MRI to get a clearer picture of the brain function of unresponsive COVID-19 patients and their potential for recovery.

Investigators led by a team at Massachusetts General Hospital (Boston, MA, USA) have described a patient with severe COVID-19 who, despite prolonged unresponsiveness and structural brain abnormalities, demonstrated functionally intact brain connections and weeks later he recovered the ability to follow commands. The case suggests that unresponsive patients with COVID-19 may have a better chance of recovery than expected.

In addition to performing standard brain imaging tests, the team took images of the patient’s brain with a technique called resting-state functional magnetic resonance imaging (rs-fMRI), which evaluates the connectivity of brain networks by measuring spontaneous oscillations of brain activity. The patient was a 47-year-old man who developed progressive respiratory failure, and despite intensive treatment, he fluctuated between coma and a minimally conscious state for several weeks.

Standard brain imaging tests revealed considerable damage, but unexpectedly, rs-fMRI revealed robust functional connectivity within the default mode network (DMN), which is a brain network thought to be involved in human consciousness. Studies have shown that stronger DMN connectivity in patients with disorders of consciousness predicts better neurologic recovery. The patient’s DMN connectively was comparable to that seen in healthy individuals, suggesting that the neurologic prognosis may not be as grim as conventional tests implied. Twenty days later, on hospital day 61, the patient began following verbal commands. He blinked his eyes to command, opened his mouth to command and on day 66 followed four out of four vocalization commands. By this time, he also consistently demonstrated gaze tracking with his eyes in response to visual and auditory stimuli.

Many patients with severe COVID-19 remain unresponsive after surviving critical illness. Providing families with an accurate prognosis about neurological recovery is particularly challenging for COVID-19 patients, because so little is known about how the brain is affected by SARS-CoV-2, or associated inflammation and clotting disorders. The application of functional MRI to critically ill patients with disorders of consciousness is the culmination of decades of work to develop this technology and ultimately translate it to clinical care.

Co-author Bruce Rosen, MD, PhD, director of the Athinoula A. Martinos Center for Biomedical Imaging at Mass General, and one of the developers of functional MRI in the early 1990s, explained that “we have to be cautious when interpreting results from a single patient, but this study provides proof of principle that clinicians may be able to use advanced imaging techniques like functional MRI to get a clearer picture of a patient’s brain function, and hence the potential for recovery.”