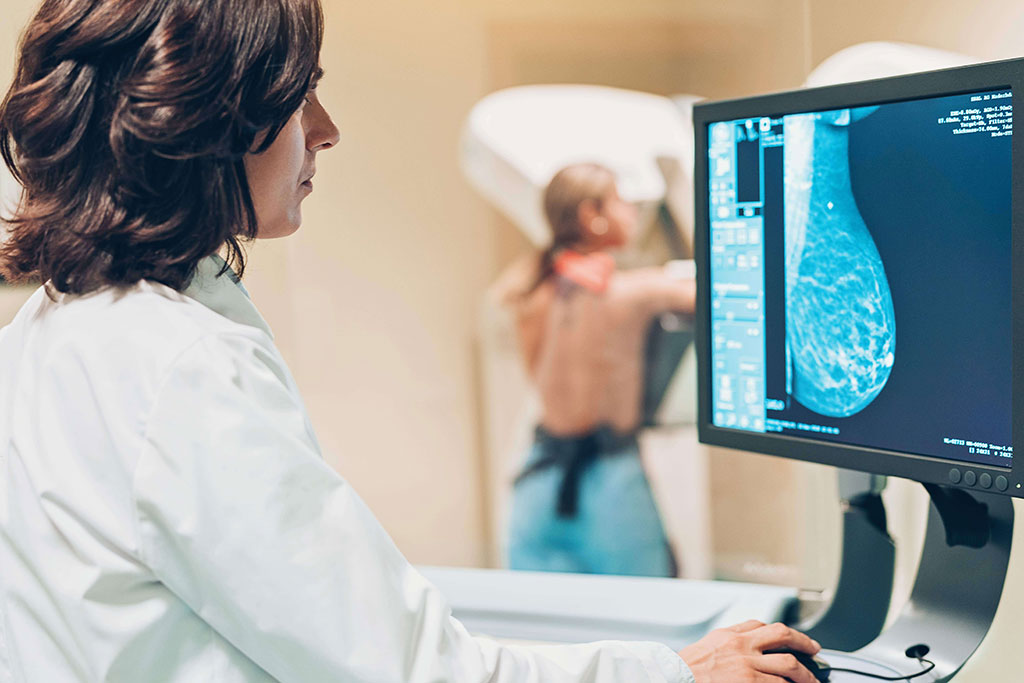 Illustration
World-first techniques for predicting breast cancer risk from mammograms that were developed using artificial intelligence (AI) could revolutionize breast screening by allowing it to be tailored to women at minimal extra cost.

A study led by The University of Melbourne (Melbourne, Australia) found two new mammogram-based measures of risk. When these measures are combined, they are more effective in stratifying women in terms of their risk of breast cancer than breast density and all the known genetic risk factors. Researchers say if successfully adopted, their new measures could substantially improve screening, make it more effective in reducing mortality and less stressful for women, and therefore encourage more to be screened. They could also help address the problem of dense breasts.

Since the late 1970s, scientists have known that women with denser breasts, which shows up on a mammogram as having more white or bright regions, are more likely to be diagnosed with breast cancer and to have it missed at screening. Collaborating with Cancer Council Victoria and BreastScreen Victoria, University of Melbourne researchers were the first to study other ways of investigating breast cancer risk using mammograms. Using computer programs to analyze mammogram images of large numbers of women with and without breast cancer, they found two new measures for extracting risk information. Cirrocumulus is based on the image’s brightest areas and Cirrus on its texture.

First, they used a semi-automated computer method to measure density at the usual, and successively higher levels of brightness to create Cirrocumulus. They then used AI and high-speed computing to learn about new aspects of the texture (not brightness) of a mammogram that predict breast cancer risk and created Cirrus. When their new Cirrocumulus and Cirrus measures were combined, they substantially improved risk prediction beyond that of all other known risk factors. In terms of understanding how much women differ in their risks of breast cancer, these developments could be the most significant since the breast cancer genes BRCA1 and BRCA2 were discovered 25 years ago, according to the researchers.

“These measures could revolutionize mammographic screening at little extra cost, as they simply use computer programs,” said lead researcher and University of Melbourne Professor John Hopper.

The University of Melbourne