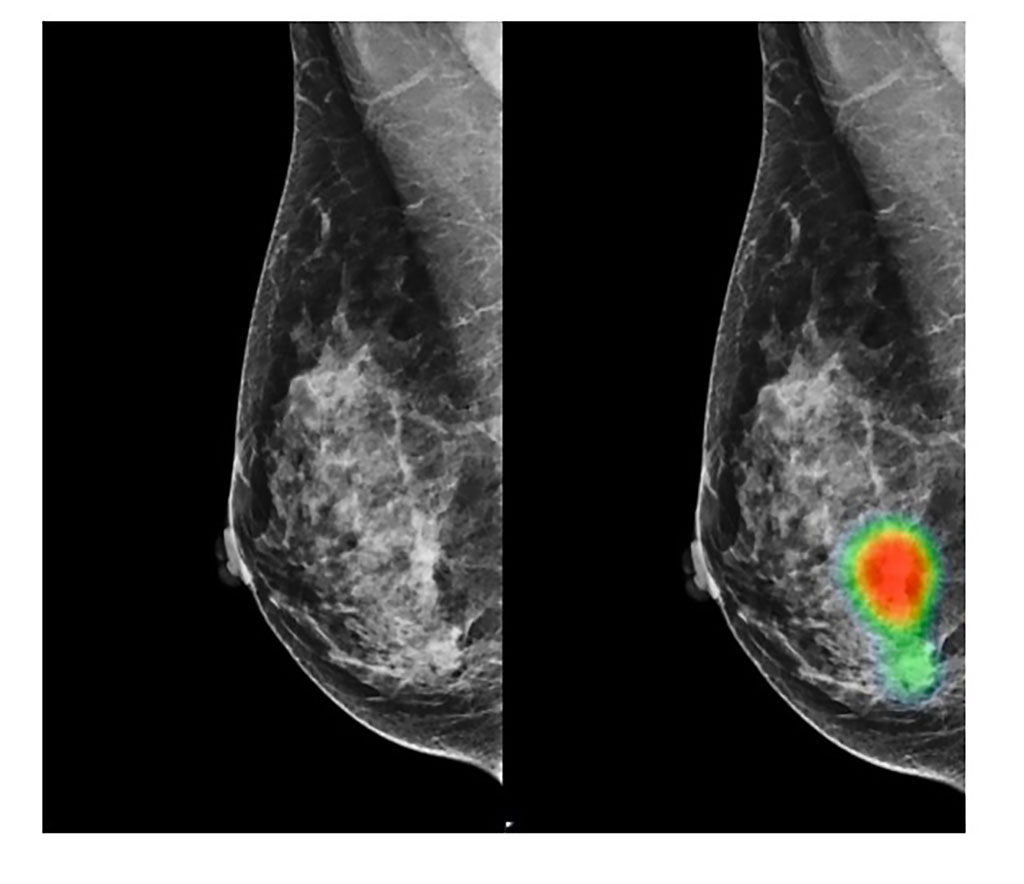 The study featured large-scale data of over 170,000 mammogram examinations from five institutions across South Korea, the US, and the UK, consisting of Asian and Caucasian female breast images. The dataset includes over 36,000 biopsy-proven, independent cancer positive cases—the largest scale of cancer data among mammography-related AI studies. The study showed a significant improvement in the performance of radiologists, before and after using AI. According to the study, the AI alone showed 88.8% sensitivity in breast cancer detection, whereas radiologists alone showed 75.3%. When radiologists were aided by AI, the accuracy increased by 9.5% to 84.8%.

One of the major findings also showed that AI, in comparison to the radiologists, displayed better sensitivity in detecting cancer with mass (90% vs. 78%) and distortion or asymmetry (90% vs. 50%). The AI was better in the detection of T1 cancers, which is categorized as early-stage invasive cancer. AI detected 91% of T1 cancers and 87% of node-negative cancers, whereas the radiologist reader group detected 74% for both. The findings also revealed that the diagnostic performance of AI was less affected by breast density, whereas the radiologists' performance was prone to density, showing higher sensitivity for fatty breasts at 79.2% as compared to dense breasts at 73.8%. When aided by AI, the radiologist's sensitivity when interpreting dense breasts increased by 11%.

"One of the biggest problems in detecting malignant lesions from mammography images is that to reduce false negatives—missed cases—radiologists tend to increase recalls, casting a wider safety net, which brings an increased number of unnecessary biopsies," said Prof. Eun-Kyung Kim, the corresponding author of the study and a breast radiologist at Yonsei University Severance Hospital. "It requires extensive experience to correctly interpret breast images, and our study showed that AI can help find more breast cancer with lesser recalls, also detecting cancers in its early stage of development."