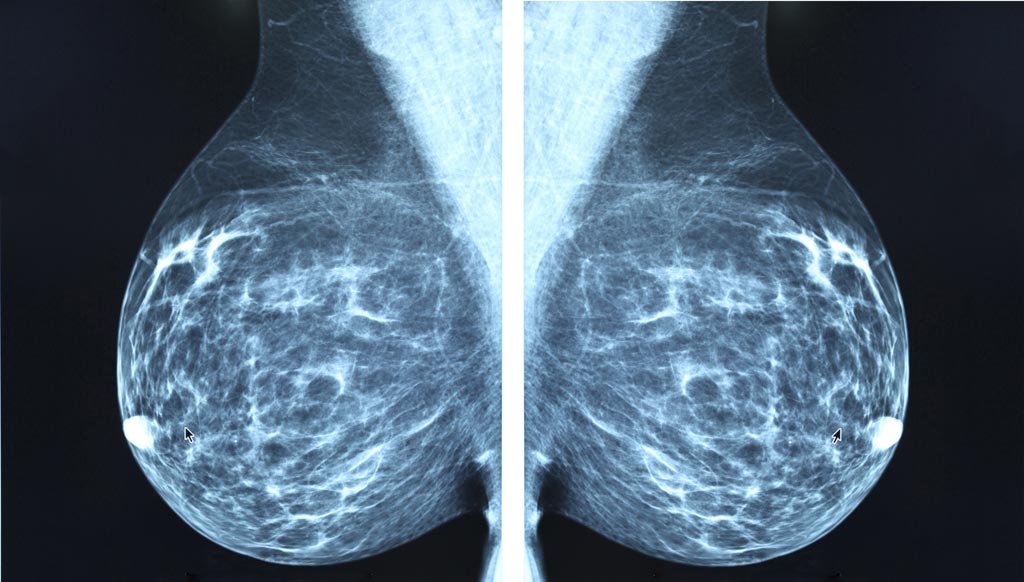 Illustration
Researchers from the Karolinska Institute (Stockholm, Sweden) have developed a sophisticated type of artificial intelligence (AI) which can outperform existing models at predicting which women are at future risk of breast cancer.

Most existing breast cancer screening programs are based on mammography at similar time intervals -- typically, annually or every two years -- for all women. This "one size fits all" approach is not optimized for cancer detection on an individual level and may hamper the effectiveness of screening programs. High breast density, or a greater amount of glandular and connective tissue compared to fat, is considered a risk factor for cancer. While density may be incorporated into risk assessment, current prediction models may fail to fully take advantage of all the rich information found in mammograms. This information has the potential to identify women who would benefit from additional screening with MRI.

The Swedish researchers developed a risk model that relies on a deep neural network, a type of AI that can extract vast amounts of information from mammographic images. It offers inherent advantages over other methods such as visual assessment of mammographic density by the radiologist that may be unable to capture all risk-relevant information in the image. The new model was developed and trained on mammograms from cases diagnosed between 2008 and 2012 and then studied on more than 2,000 women ages 40 to 74 who had undergone mammography in the Karolinska University Hospital system. Of the 2,283 women in the study, 278 were later diagnosed with breast cancer.

The deep neural network showed a higher risk association for breast cancer as compared to the best mammographic density model. The false negative rate -- the rate at which women who were not categorized as high-risk were later diagnosed with breast cancer -- was lower for the deep neural network than for the best mammographic density model. The study findings support a future role for AI in breast cancer risk assessment. As an additional benefit, the AI approach can continually be improved with exposure to more high-quality data sets.

"The deep neural network overall was better than density-based models," said study lead author Karin Dembrower, M.D., breast radiologist and Ph.D. candidate from the Karolinska Institute in Stockholm, Sweden. "And it did not have the same bias as the density-based model. Its predictive accuracy was not negatively affected by more aggressive cancer subtypes."