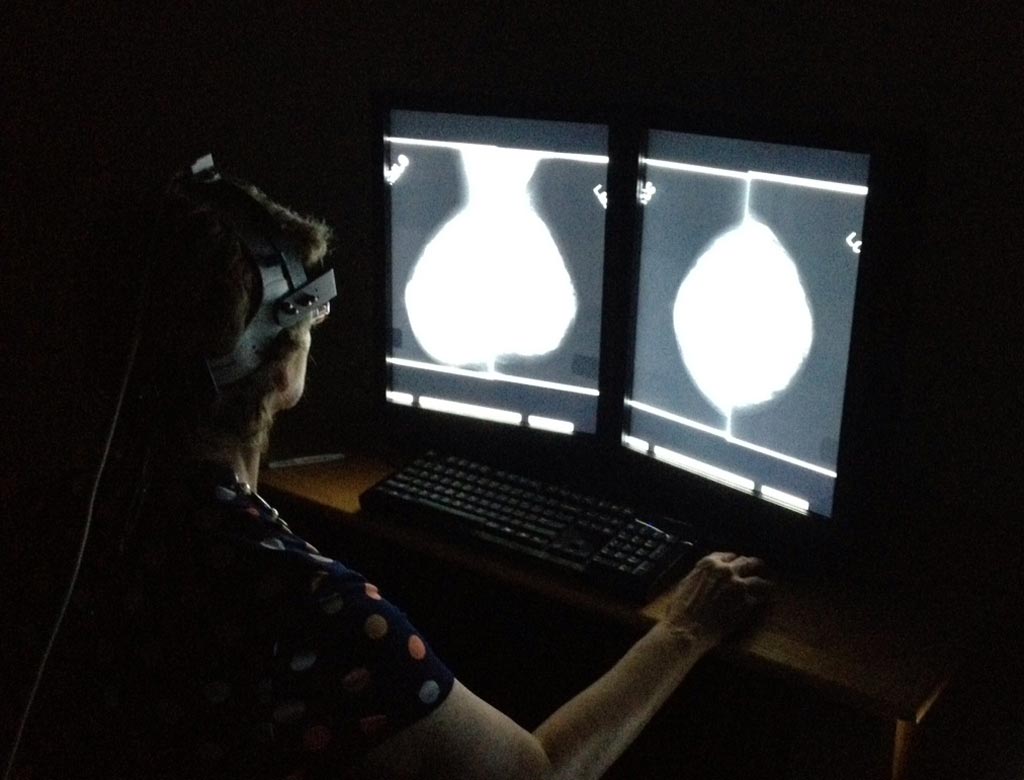 Image: Researchers used AI to improve mammogram image interpretation (Photo courtesy of the Department of Energy’s Oak Ridge National Laboratory).
Researchers from the Case Western Reserve University (Cleveland, OH, USA) have developed a new artificial intelligence (AI) algorithm that could help better determine which patients diagnosed with the pre-malignant breast cancer (commonly referred to as stage 0) are likely to progress to invasive breast cancer and might benefit from additional therapy over and above surgery alone.

Stage 0 breast cancer is the most common type and known clinically as ductal carcinoma in situ (DCIS), indicating that the cancer cell growth starts in the milk ducts. Once a lumpectomy of breast tissue reveals this pre-cancerous tumor, most women have surgery to remove the remainder of the affected tissue and some are given radiation therapy as well.

The researchers used a computer program to analyze the spatial architecture, texture and orientation of the individual cells and nuclei from scanned and digitized lumpectomy tissue samples from 62 DCIS patients. They found that both the size and orientation of the tumors characterized as “indeterminate” were actually much closer to those confirmed as low risk for recurrence by an expensive genetic test called Oncotype DX. The researchers then validated the features that distinguished the low and high risk Oncotype groups in being able to predict the likelihood of progression from DCIS to invasive ductal carcinoma in an independent set of 30 patients.

“Current testing places patients in high risk, low risk and indeterminate risk—but then treats those indeterminates with radiation, anyway,” said Anant Madabhushi, the F. Alex Nason Professor II of Biomedical Engineering at the Case School of Engineering. “They err on the side of caution, but we’re saying that it appears that it should go the other way—the middle should be classified with the lower risk. “In short, we’re probably overtreating patients. That goes against prevailing wisdom, but that’s what our analysis is finding.”