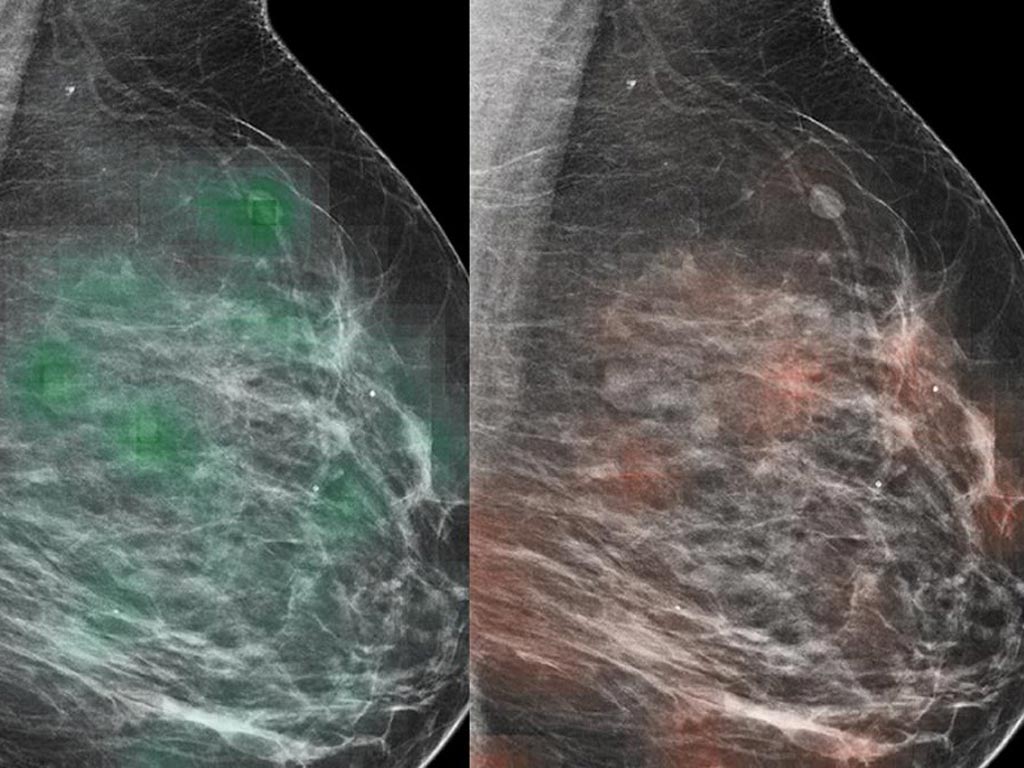 Image: An AI tool-radiologist combo can identify breast cancer with approximately 90% accuracy (Photo courtesy of MDN).
An artificial intelligence (AI) tool trained by researchers on approximately one million screening mammography images has identified breast cancer with approximately 90% accuracy when combined with analysis by radiologists in a new study. Researchers from the NYU School of Medicine (New York City, NY, USA) and the NYU Center for Data Science examined the ability of a type of AI to add value to the diagnoses reached by a group of 14 radiologists as they reviewed 720 mammogram images.

The researchers designed statistical techniques that let their program “learn” how to get better at a task without being told exactly how. They trained the AI tool on several images matched with the results of biopsies performed in the past with the aim of enabling it to help radiologists reduce the number biopsies needed. For training the AI tool, the researchers used an extraordinarily large dataset consisting of 229,426 digital screening mammography exams and 1,001,093 images. The neural network was trained by programming it to analyze images from the database for which cancer diagnoses had already been determined.

Additionally, the researchers designed the study AI model to first consider very small patches of the full resolution image separately in order to create a heat map, a statistical picture of the disease likelihood. Then the program was taught to consider the entire breast for structural features linked to cancer, paying closer attention to the areas flagged in the pixel-level heat map. Instead of the researchers identifying the image features for their AI to search for, the tool is discovering which image features increase prediction accuracy all by itself. Going forward, the team plans to further increase the tool’s accuracy by training the AI program on more data, even identify changes in breast tissue that are not yet cancerous but have the potential to be.

“Our study found that AI identified cancer-related patterns in the data that radiologists could not, and vice versa,” said senior study author Krzysztof Geras, assistant professor in the Department of Radiology at NYU Langone. “AI detected pixel-level changes in tissue invisible to the human eye, while humans used forms of reasoning not available to AI. The ultimate goal of our work is to augment, not replace, human radiologists.”

“The transition to AI support in diagnostic radiology should proceed like the adoption of self-driving cars—slowly and carefully, building trust, and improving systems along the way with a focus on safety,” said first author Nan Wu, a doctoral candidate at the NYU Center for Data Science.