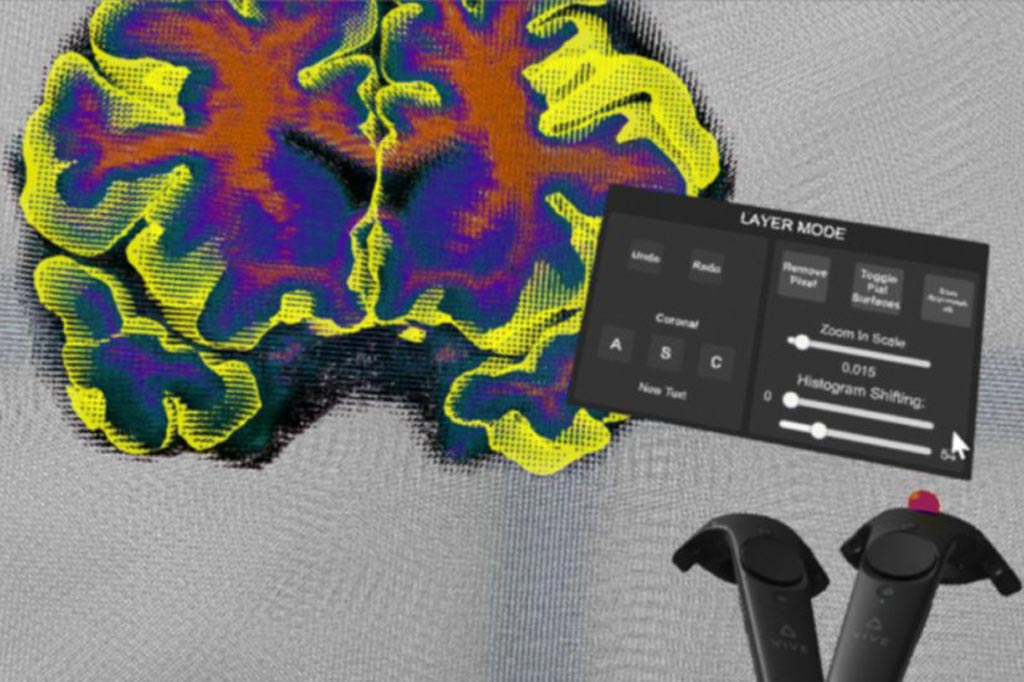 Image: The Virtual Brain Segmenter could increase the efficiency of brain scan analysis (Photo courtesy of Dominique Duncan).
Researchers at the Mark and Mary Stevens Neuroimaging and Informatics Institute at the Keck School of Medicine of University of Southern California {(USC), Los Angeles, CA, USA} have designed a virtual reality (VR) tool for correcting errors in brain scan data. The tool named Virtual Brain Segmenter (VBS) transforms a tedious step in the scientific process into an immersive experience and significantly increases the efficiency of brain scan analysis.

During automatic processing of the MRI data collected from study participants by the researchers, the segmentation step separates the brain into labeled regions to allow for close examination of the different structures. However, the automation has some drawbacks and researchers are required to manually correct the errors before proceeding with the analysis. This can be time consuming work and requires labs to hire undergraduate research assistants to correct the segmentation errors, leading to wasted time and resources spent on training.

In order to make the process more efficient and intuitive, and correct the segmentation errors with less training, the researchers launched an experimental trial to test the efficacy of VR in brain segmentation. The researchers tested 30 participants who were completely new to brain segmentation on using a MacBook to perform a minor error correction with a data cleanup program and completing the same task in VBS with a VR headset and two controllers.

They found that the participants who used VBS as compared to those using the data cleanup program finished the correction 68 seconds faster, translating into significant time savings as the task usually requires less than three minutes to be completed.

“This project is particularly exciting because not much has been done with VR in the field of neuroscience,” said Arthur Toga, provost professor and director of the neuroimaging and informatics institute. “Our main goal is to put this tool in the hands of researchers around the world. We see that as a way to continue driving discovery in the field.”