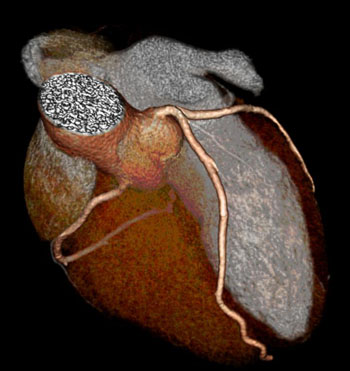 The results of the study were published in the June 27, 2016, issue of the Journal of the American Heart Association (JAHA). The study included 925 men, including 575 men with HIV. The researchers used CT angiography imaging to look for signs of sub-clinical CAD, and for the presence of seven inflammatory biomarkers. CAD includes narrowed arteries, and various changes in the characteristics of plaque deposits.

Research team leader Hossein Bahrami, MD, PhD, said, "We found that men infected with HIV had higher levels of inflammatory biomarkers than men who were not infected. There was a strong, independent association between the presence of these inflammatory biomarkers and subclinical CAD detected by CT scan. Although this study does not definitely prove the causal relationship between these markers and heart disease, it is suggestive of a possible role that persistent inflammation (even in HIV infected patients that are under appropriate treatments) may play in increasing the risk of heart disease in these patients. Inflammation has only recently been studied as a possible reason for chronic heart disease. Confirming the relationship between HIV-related inflammation and the marked increase of CAD among men infected with HIV allows us to move forward in our attempts to better manage the health of these patients according to their specific medical needs."